Difference Between European and US Number Formats

We want to present one thousand ten and fifty-three cents in the below ways using the mentioned formats.

In this article, we will show multiple ways to convert numbers from European format to US Excel. We have a dataset of numbers in the European format. 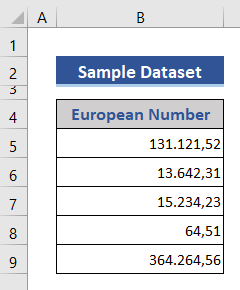 We will apply different techniques in the below section to convert those numbers into US format.

1. Use the NUMBERVALUE Function to Convert Numbers from European to US Format

The NUMBERVALUE function converts text to number in a locale-independent manner.

In this method, we will use the NUMBERVALUE function to convert a number from one format to another in Excel. 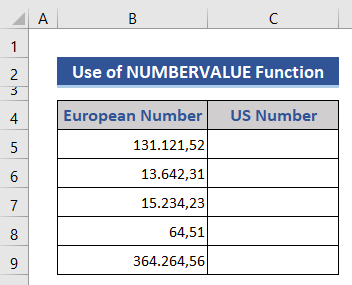 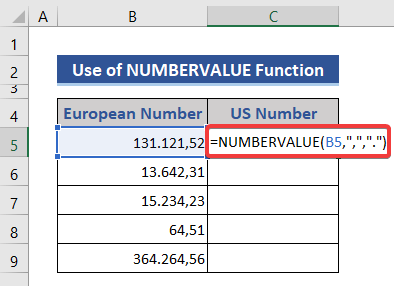 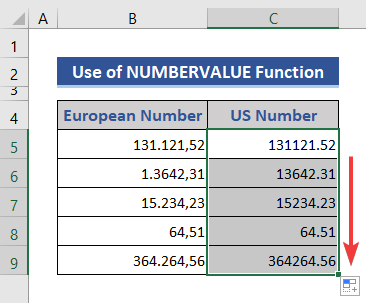 We can see commas (,) have been removed and decimal points added. But there are no thousand separators. 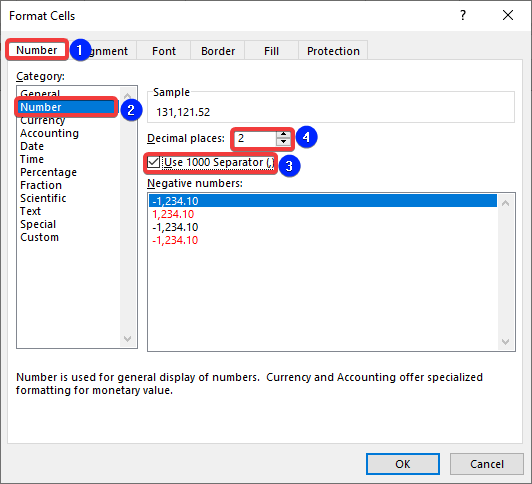 We can also increase or decrease the Decimal places from the marked box. 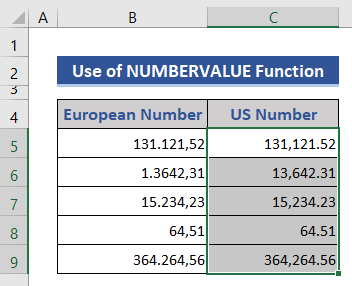 We can see numbers are converted into US format successfully.

Read More: How to Convert Text to Number Using Formulas in Excel

2. Use of SUBSTITUTE Function

The SUBSTITUTE function replaces existing text with new text in a text string.

We will use the combination of two SUBSTITUTE functions to make a formula that will convert numbers from European to US in Excel. 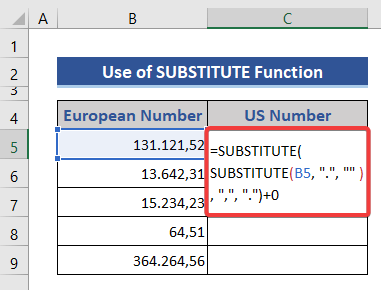 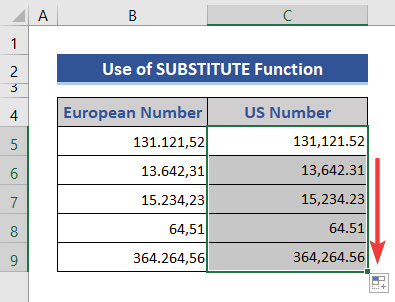 One more thing that needs to add is that we already added commas as the thousand separators as shown in Method 1.

This converts the result from General to Number.

Read More: How to Convert Decimal to Whole Number in Excel (10 Easy Ways)

3. Use of Excel Text to Columns Wizard to Convert Number Format from European to US

Here, we will use Text to Columns which is a default feature of Excel. This feature will covet numbers from European to US format. 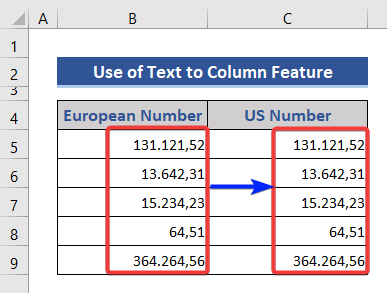 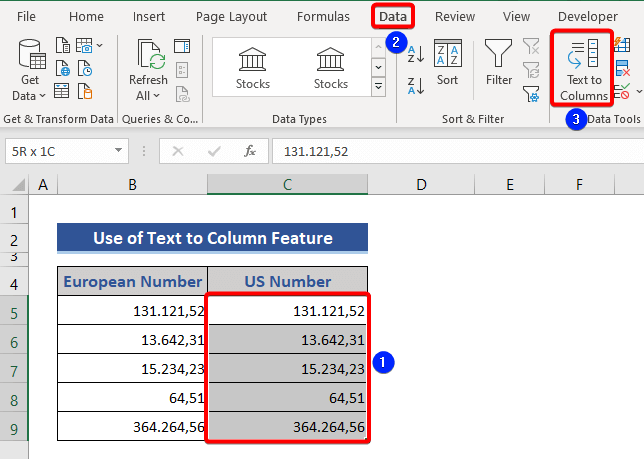 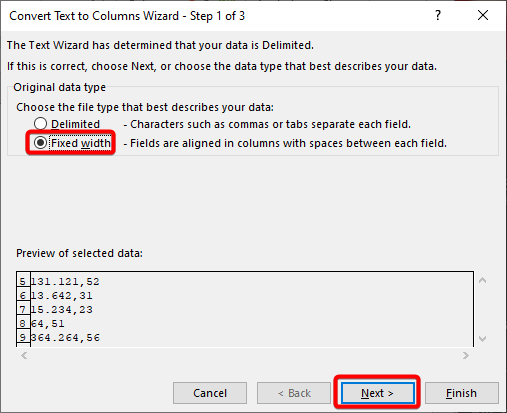 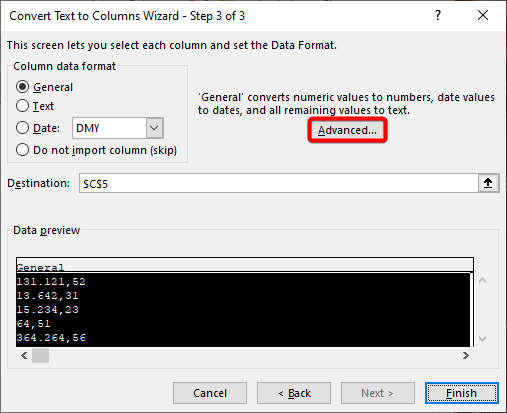 The comma is used as the decimal separator and the decimal point as the thousand separators of the given dataset. 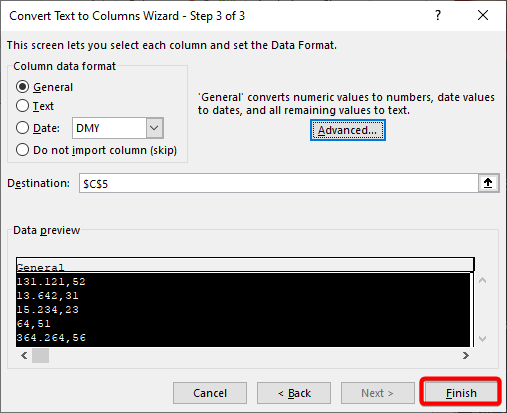 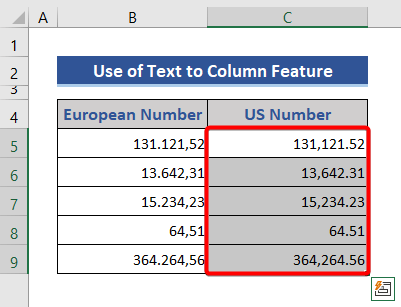 We can see given numbers have been converted into US format.

Read More: How to Bulk Convert Text to Number in Excel (6 Ways)

Now, we will use VBA code to convert numbers from European to US Format. This VBA code work in two steps. 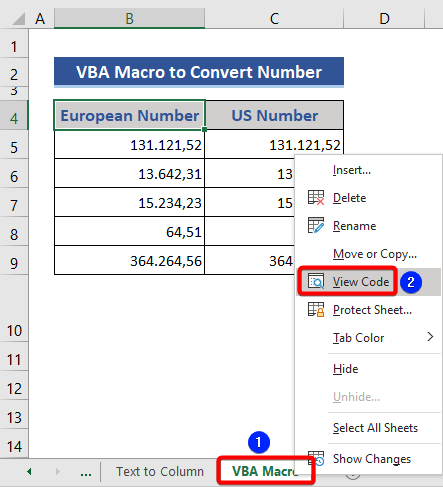 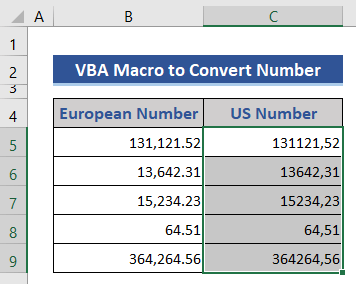 Look at the dataset. Decimal points have been removed. 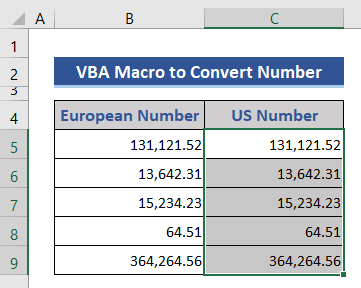 We can see data already converted into US format.

Read More: How to Convert Text to Number with Excel VBA (3 Examples with Macros)

In this article, we described 4 methods to convert numbers from European to US in Excel. We also added a VBA code. I hope this will satisfy your needs. Please have a look at our website ExcelDemy and give your suggestions in the comment box.