How to Convert Degrees Decimal Minutes to Decimal Degrees in Excel

Degrees, minutes, and seconds (DMS) are often used to indicate the Angular Measurements. In this article, we will learn how to convert the degrees decimal minutes to decimal degrees in Excel.

Degree Decimal Minutes (DDM) is represented by the symbol ‘°’, and ‘‘’ which respectively for degrees, and minutes. For example, 20° 16 ‘ denotes an angle of 20 degrees and 16 minutes.

Decimal degrees (DD) is a notation for expressing geographic coordinates as decimal fractions of a degree in latitude and longitude. The decimal degrees are calculated as follows:

60 minutes is equal to one degree:

And, we already know that Angles with d integer degrees, m minutes are d° m’. Also, dd stands for decimal degrees and is equal to, dd = d + m/60.

For example, let’s see the calculation to convert 20 degrees and 16 minutes to decimal degrees.

To convert degrees decimal minutes to decimal degrees we are going to use the following dataset which contains some degrees decimal minutes (DDM) in column B. And we will see the conversion in a different column name Decimal Degrees (DD). We can convert the angular dimension in two different ways in excel. Let’s go through the methods to convert the angular measurements. 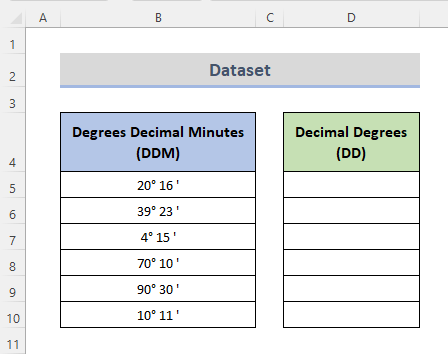 Excel has no built-in function or formula to convert the angular measurements. Even then we can convert the angular dimensions in Excel. We can use the formula shown in the above sections of the article. But to use that formula, we must remove the degree and minutes symbols first. That’s the reason we put another column named Minutes in our dataset. So, let’s see the procedure down to convert the degrees decimal minutes to decimal degrees. 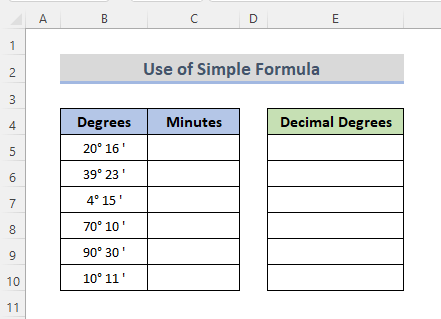 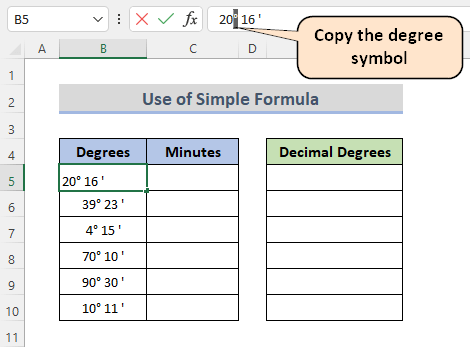 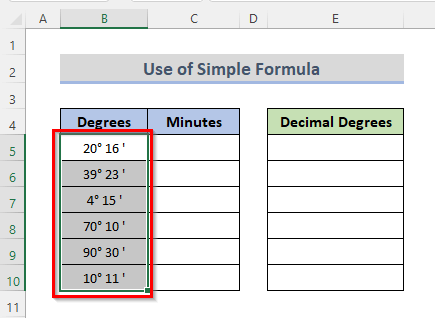 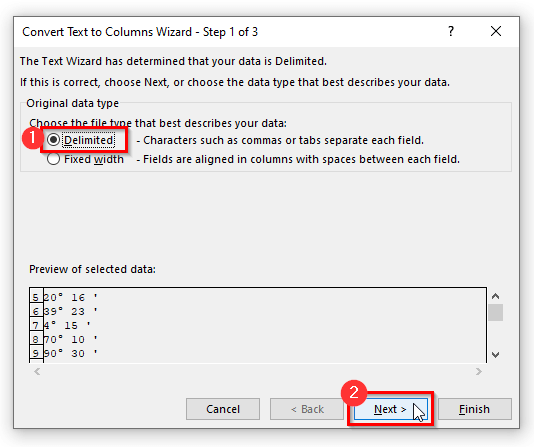 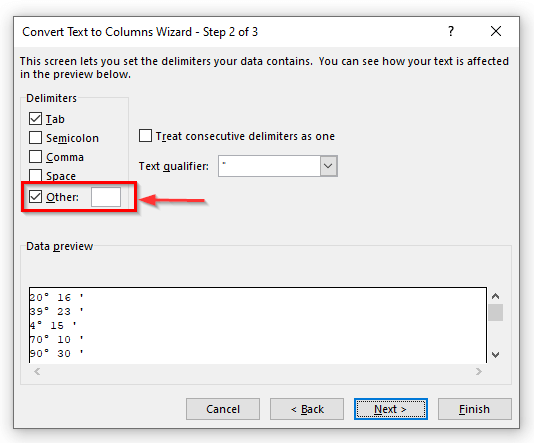 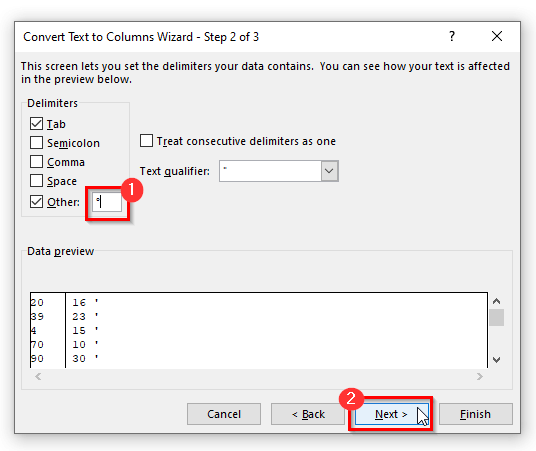 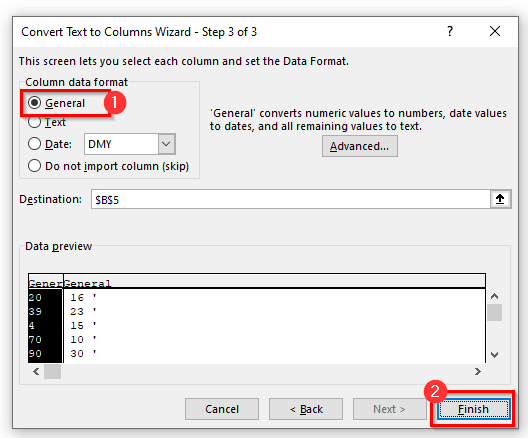 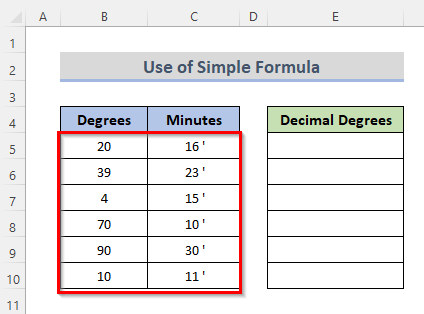 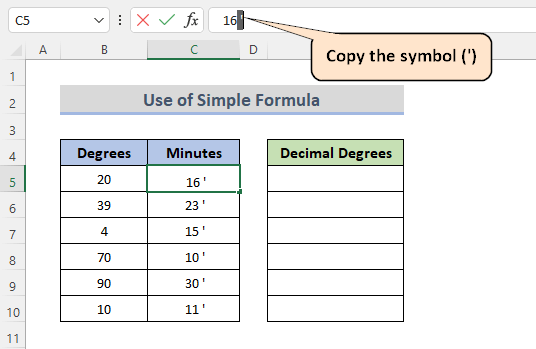 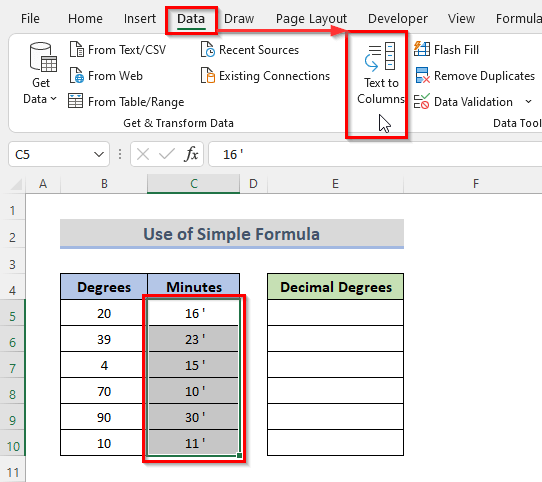 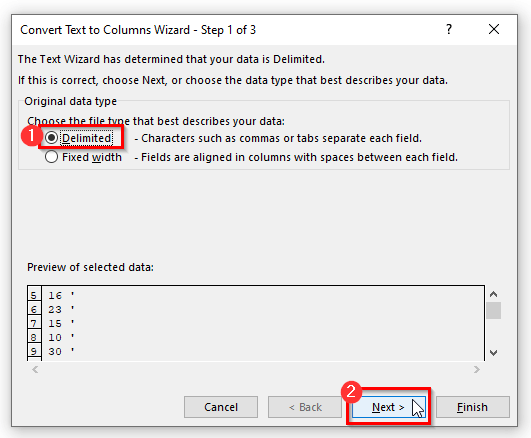 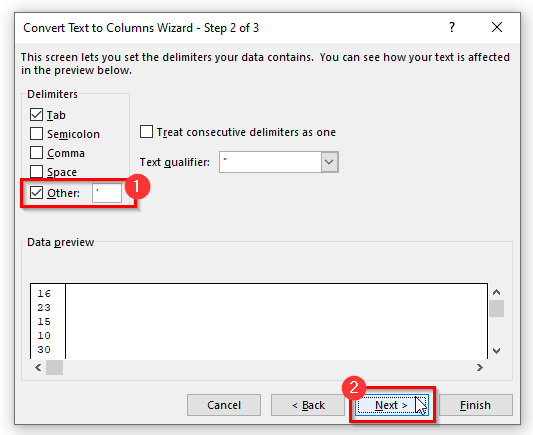 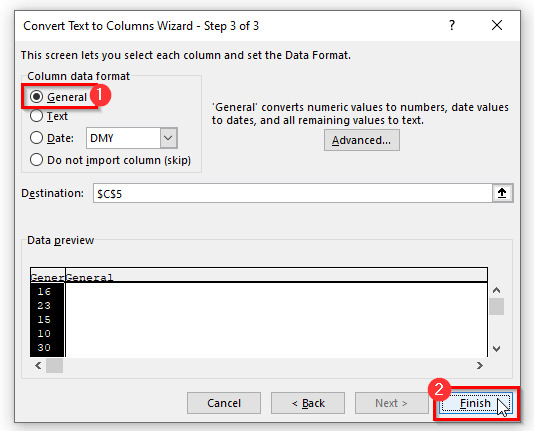 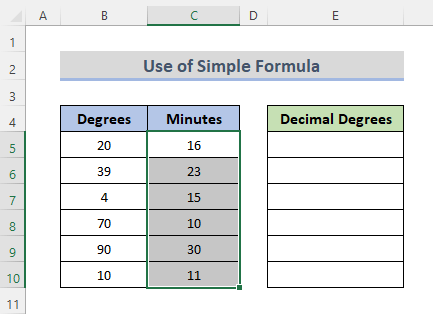 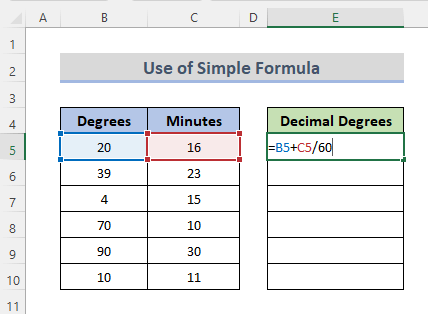 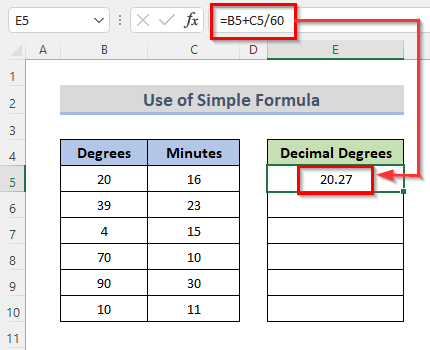 Here, B5 is the degree and C5 is the minutes. We are using the formula Decimal degrees = Degrees + (Minutes/60). 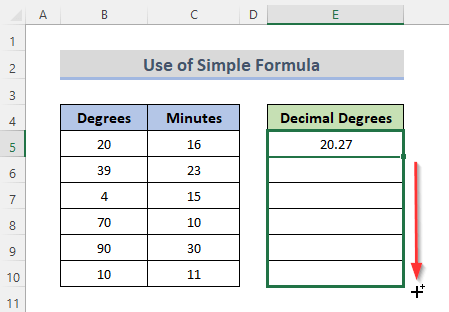 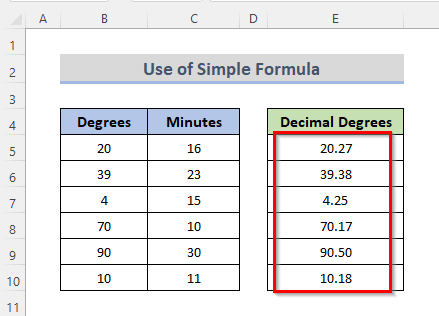 Related Content: How to Fix Convert to Number Error in Excel (6 Methods)

We are now creating a user-defined function using the Excel VBA to convert the degrees decimal minutes to decimal degrees. Let’s demonstrate the steps below about how we can create the function and use the function in our spreadsheet. 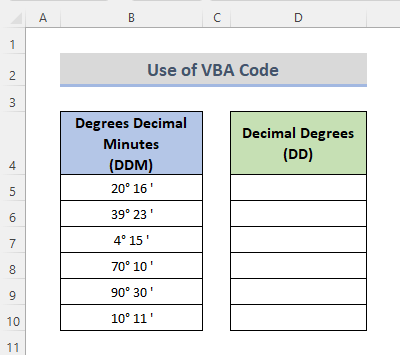 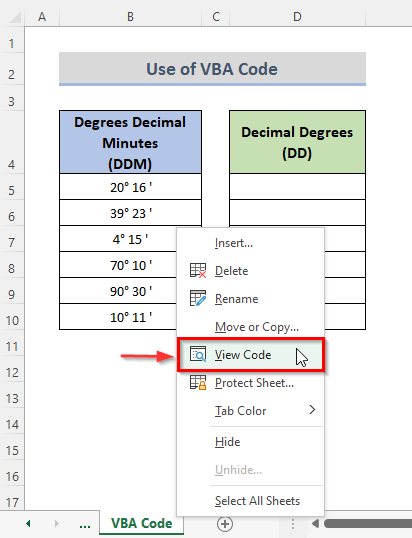 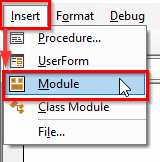 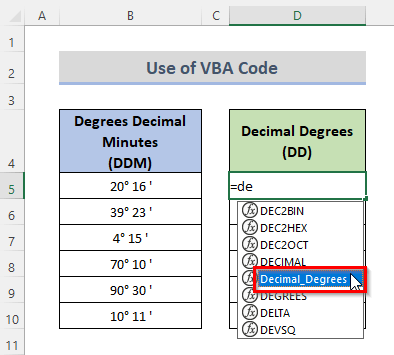 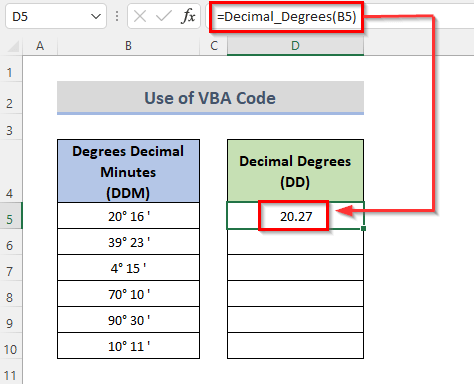 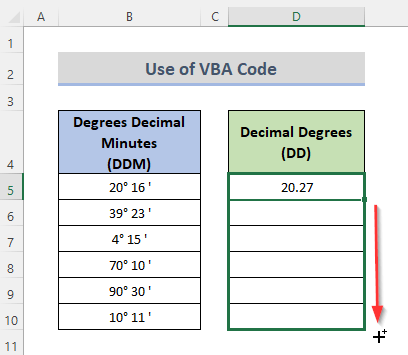 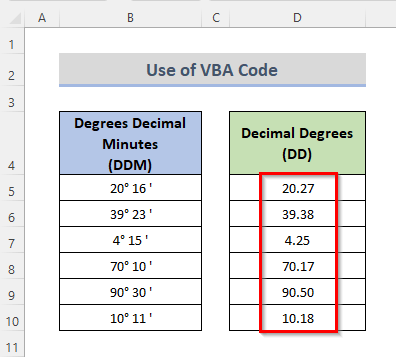 Read More: How to Convert String to Number in Excel VBA (3 Methods)

By using the above methods you will be able to convert the degrees decimal minutes to decimal degrees in Excel. Hope this will help you! If you have any questions, suggestions, or feedback please let us know in the comment section. Or you can have a glance at our other articles in the ExcelDemy.com blog!

Tags: Convert to Number in Excel