4 Ways to Remove First Character from String in Excel

The dataset below will be used for explaining 4 different ways of removing the first character from a string in Excel. 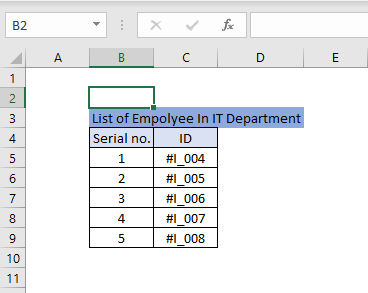 If you want to practice you can download the practice workbook from here.

The dataset contains the ID along with the serial numbers of the employee of the IT department of a company. Previously they used “#” at the start of their ID number, but now they want to remove this and keep the rest as the ID. Let us find out how they can do so using the 4 ways below.

You can remove the first character from a string using various types of formulas. Those are evaluated below.

a. Using REPLACE to Remove First Character from String

You can use the REPLACE function to replace the first character. The syntax of the function:

For the given dataset, to remove “#”, the result will be as follows: 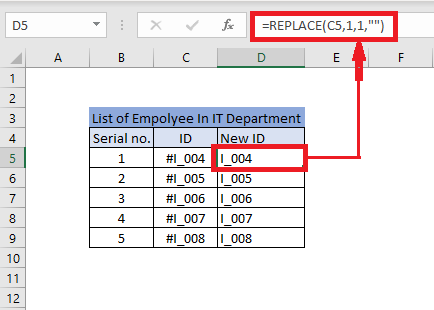 Using the Fill Handle the result for the rest of the table can be found.

For the second 1 in the function, you can increment the number to remove the more than one character from the string. Let’s say we want to remove 2 characters, then using 2 instead of 1 in the 3rd argument of the function we will get the result as follows: 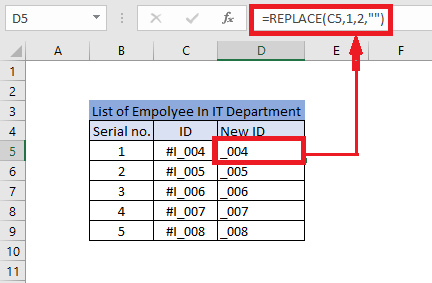 b. Using SUBSTITUTE To Replace the First Character of a String with a Blank

You can also use the SUBSTITUTE function to substitute the character with a blank.

The syntax for SUBSTITUTE function:

Instance number is an optional thing.

For the given dataset, using this function we will get the result as follows: 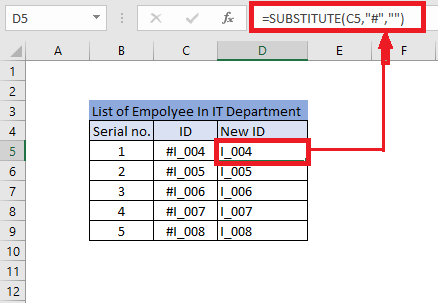 c. Using Nested MID and LEN to Remove the First Character from String

The result by using the nested formula is shown below: 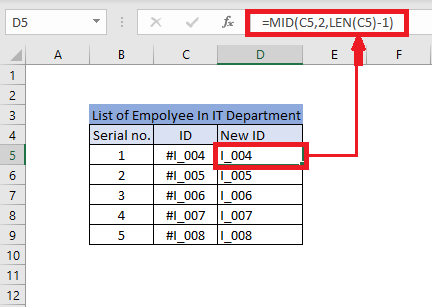 d. Using Nested RIGHT and LEN to Extract All Characters in a Cell Except the First

Again, nested RIGHT and LEN can be used to remove the first character from a string.

The result is shown below. 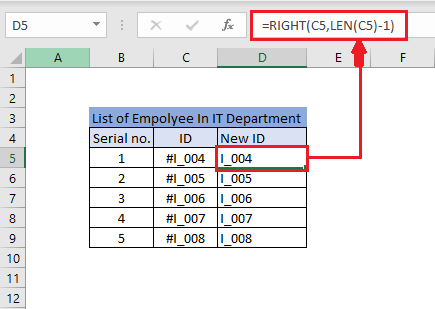 2. Removing First Character from the Ribbon Tabs in Excel

Furthermore, you can remove the first character of the string from the options available in the Ribbon Tabs in Excel.

a. Using Find and Replace from the Home Tab

Starting with, Find and Replace which is found in the Home Tab.

Follow the steps to know how to do this: 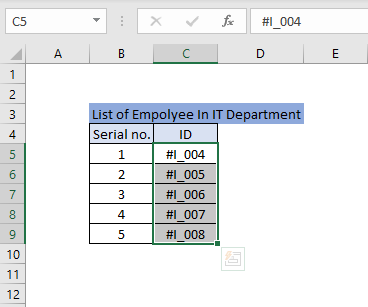 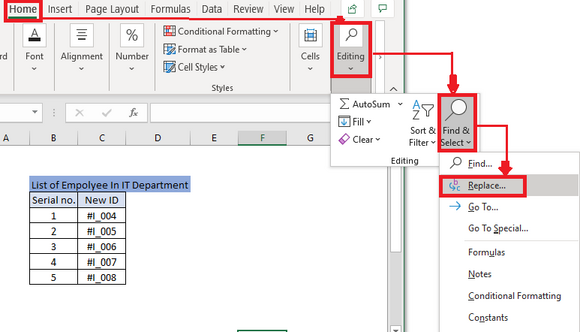 You will get the result as: 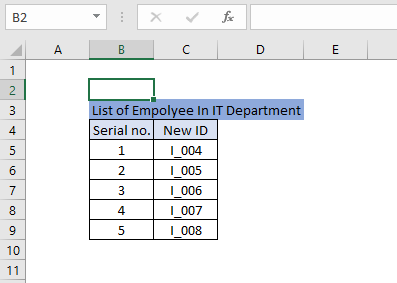 b. Using Text to Column from the Data Tab

To remove the first character from a string in Excel, you can use Text to Column from the Data Tab.

Let us remove the “#” by following the steps below: 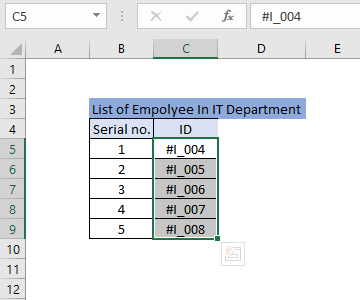 A box named Convert Text to Column Wizard- Step 1 of 3 will appear.

Step 1 of 3: Choose Fixed width and then click on Next. 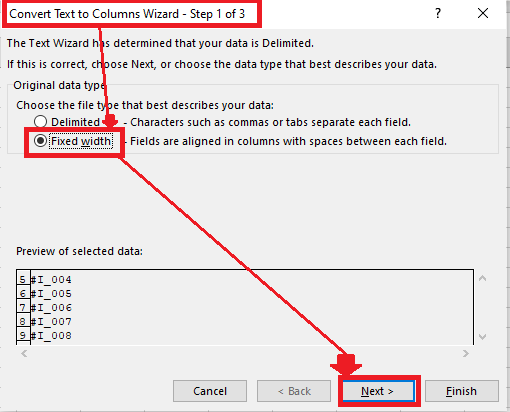 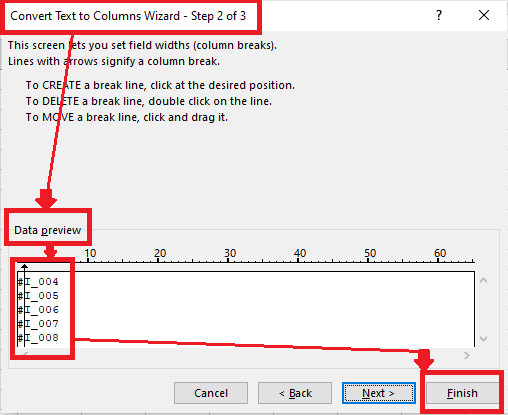 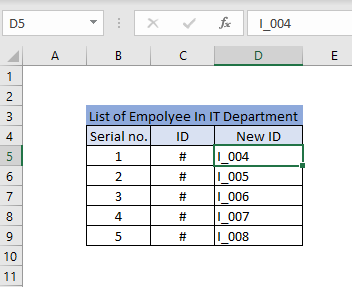 Step 3 of 3: Select Do not import column(skip) and check whether the Destination is showing the address of your selected data or not. If not, then select or write the cell address as an absolute cell reference. Finally, Select Finish. 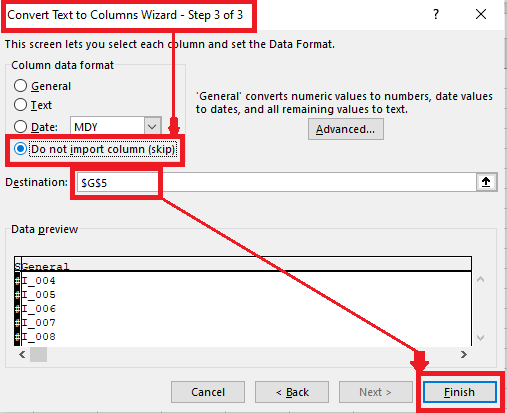 You can see the result shows the ID removing the first character #. Below picture shows both the results together below. You can use any one according to your requirements.

Flash Fill is an easy and time-saving way of removing the first character from a string.

You must write the string in a new column without the first character. 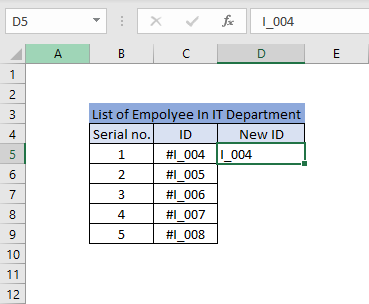 Next, using the Fill Handle you will get the desired result. 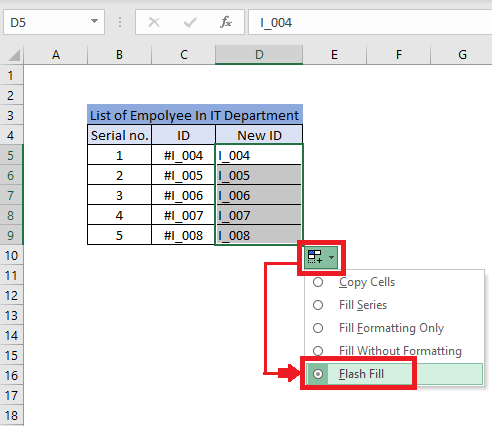 Note: For safety and accurate result right-click on the symbol showing up after using Fill Handle and choose Flash Fill from there.

We will be moving towards the last method of the article. This method uses a Simple VBA Macro in Immediate Window to remove the first character in the string. Below are the steps: 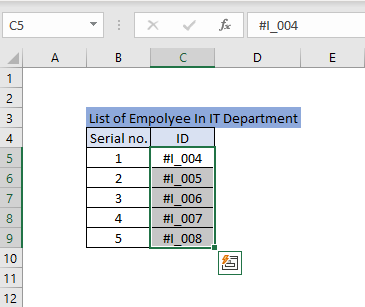 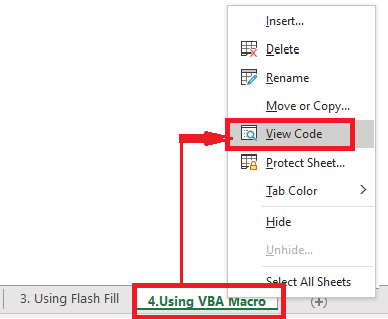 Note: If it is not working you might need to turn on the developer tab. Hence, right-click anywhere on the Ribbon tabs of Excel and go to Customize the Ribbon. In the Main tabs check the Developer Tab and a Developer Tab will appear in the Ribbon. 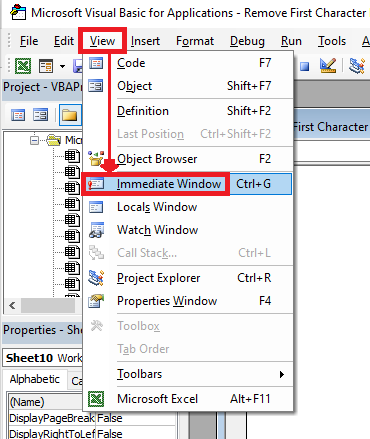 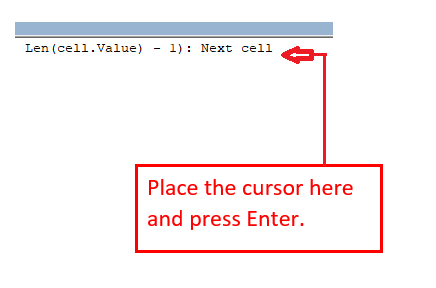 You will see the result in the Excel worksheet. 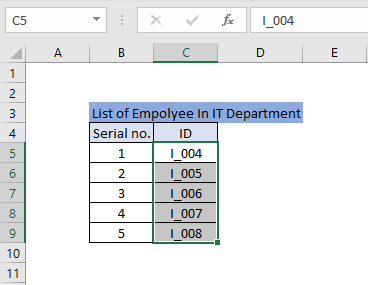 However, if you want to apply the formula or other methods in the same column containing your original data in that case, you will lose the original data. For safety, it is good to keep the original data by copy and pasting it to a different place in order that you can use them when required.

The article demonstrated 4 different methods of removing the first character from a string. Briefly, the 4 different ways include formulas(REPLACE, SUBSTITUTE, Nested MID and LEN, Nested RIGHT and LEN), Ribbon tabs, Flash Fill, and VBA Macro in Immediate Window. If you want to remove multiple characters, you can follow the changes mentioned in the article.