5 Ways to Count Cells with Numbers in Excel

1. How to Count Cells with Numbers Using COUNT Function

Let’s assume a dataset of some salespersons with their monthly total sales. There may be some blank cells where the salesperson has no sales on that day. Now we will count the number of sales in November using the COUNT function. 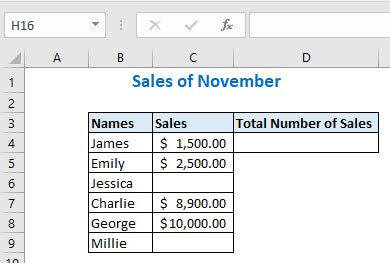 Here in the parameter of the COUNT function, we could pass the range of the cells that we need to calculate.

For using the formula function’s parameters like this in our workbook.

Step 1: Enter the below formula in cell D4 and press Enter. 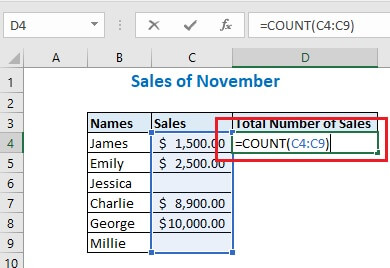 Step 2: Then all the counted numbers will be shown in that cell. 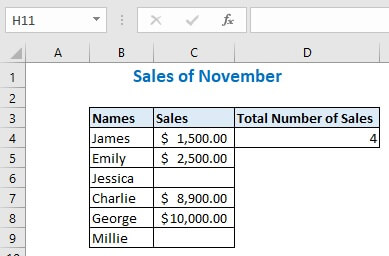 2. How to Count Cells that Contain Positive Numbers 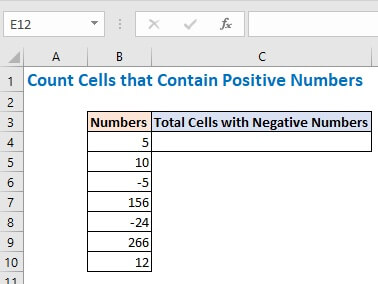 As we are selecting from cell B4 to B10 cells that’s why the range will be B4:B10 and for condition, I have used “>0” because we need to count all positive numbers.

Step 1: Enter the below formula in cell C4 and press Enter. 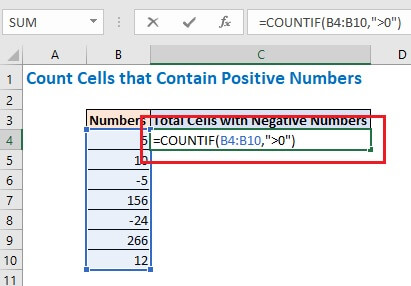 Step 2: After pressing Enter the total positive numbers of cells will be counted. 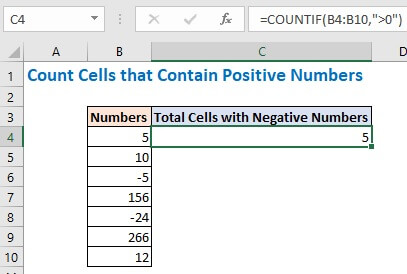 3. How to Count Cells that Contain Negative Numbers

As we are going to count the negative numbers which should be less than 0 that’s why I have used the “<0” condition in the second of the function parameters.

Step 1: Enter the underneath formula in cell C4 and press Enter. 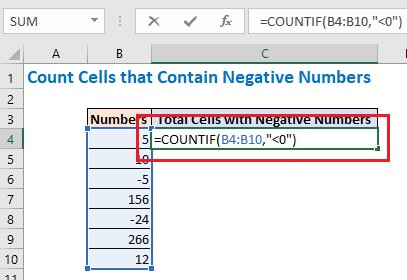 Step 2: See the result after applying the formula. 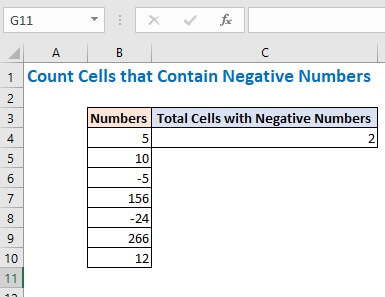 4. How to Count Cells with Numbers Based on Criteria Using COUNTIF Function

Now let’s see the way of counting cells that contain numbers based on condition. For this method, we will consider the same example which was used in method 1. Here I will show the total sales number where the sales value is greater than $2000 using the COUNTIF function. 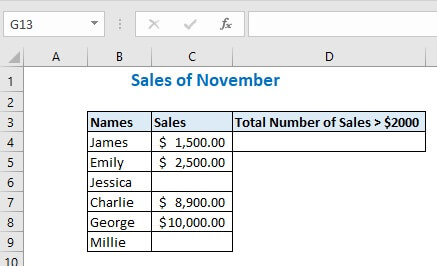 Step 1: Enter the formula in cell D4 then press Enter. 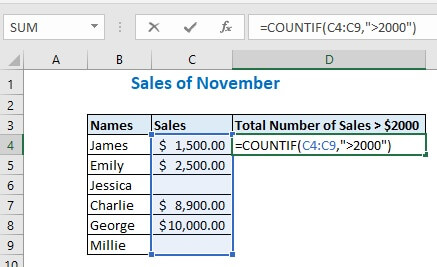 Step 2: The total number of sales greater than $2000 will be counted in cell D4. 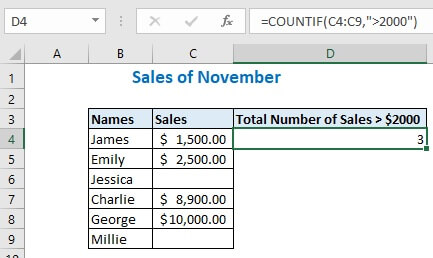 5. How to Check Numbers and Count the Numbers

In this method, I will show firstly how to check for numbers and then count the cells which are containing numbers. For this let’s think we have a list of some Names and Numbers in a column. Using two functions SUMPRODUCT and ISNUMBER we will check the numbers and count them. 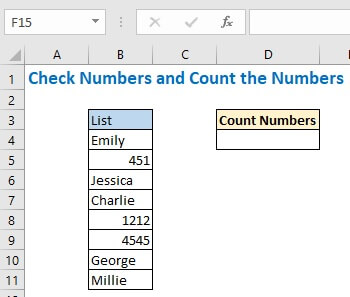 For this, we will use the functions like this:

Here I have used 2 functions in Excel. All of their explanation is given below:

This is a logical function that gives logical output whether a value is equal to one another.

Step 1:  Enter the below formula in Cell D4 and press Enter. 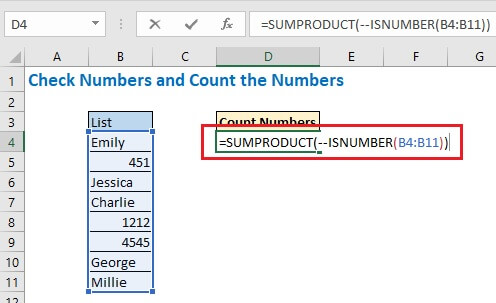 Step 2: All the values will be counted then. 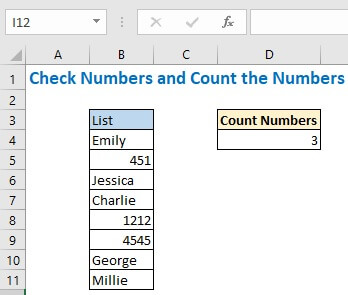 These are the ways of counting cells with numbers in Excel. I have shown all the methods with their respective examples. If you have any other method of achieving this then please feel free to share it with us.