How to Sum Absolute Value in Excel (6 Suitable Ways)

What Is Absolute Value?

In this article, we will discuss 6 simple ways to sum absolute value in Excel. We will consider the below dataset that contains both negative and positive numbers. 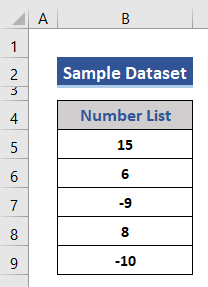 1. Use ABS Function Inside the SUM Function to Sum Absolute Value

The SUM function adds all numbers in a range of cells.

The ABS function returns the absolute value of a number, a number without its sign.

In this section, we will use the ABS with the SUM functions to get the sum. of absolute values. 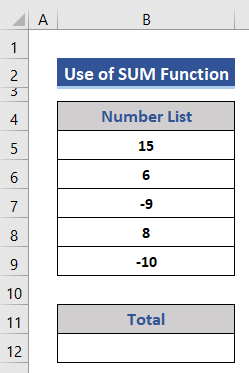 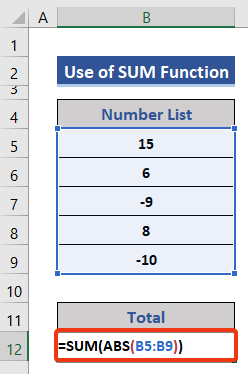 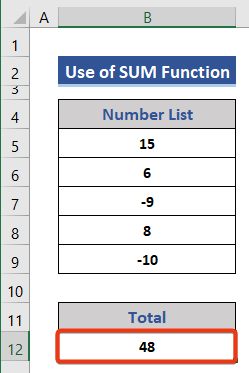 2. Get the Absolute Value of Sum Result Using SUM Inside ABS Function

Now, if you get a negative result after doing a sum operation, you can use the SUM function inside an ABS function to remove the minus sign and get the absolute value. 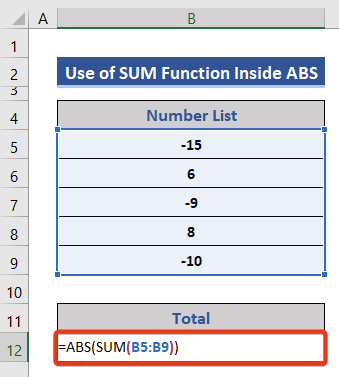 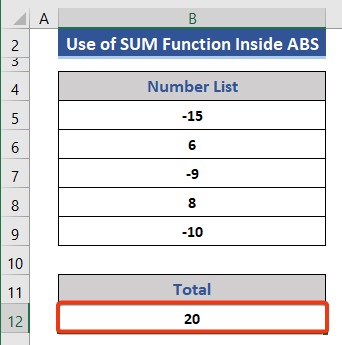 The SUMIF function adds cells specified by a given condition or criteria. 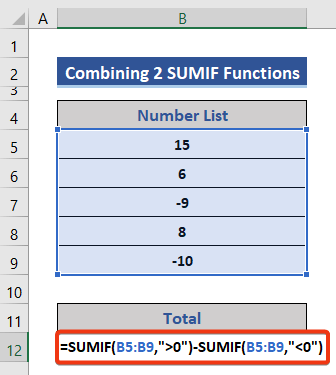 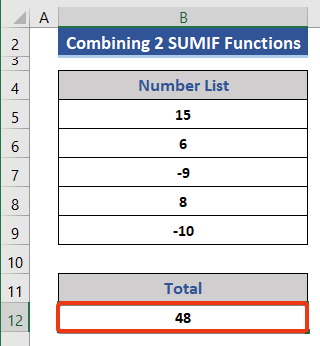 Read More: How to Make All Numbers Positive in Excel (11 Effective Methods)

4. Combination of SUM and SUMIF Functions to Sum Absolute Value 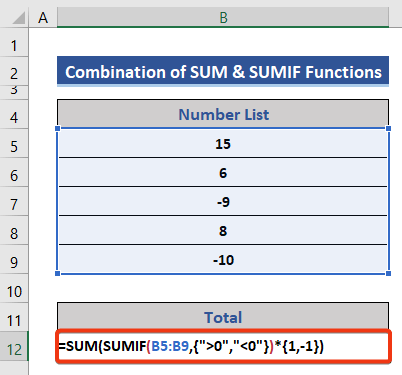 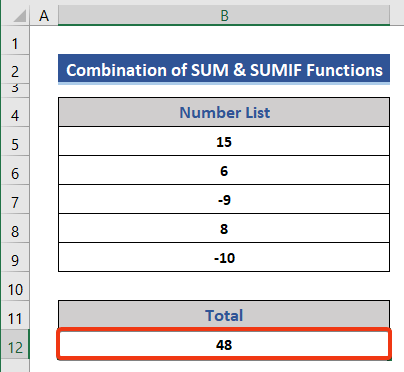 5. Get the Absolute Value of Sum for Specific Values Using SUMIF and ABS Functions 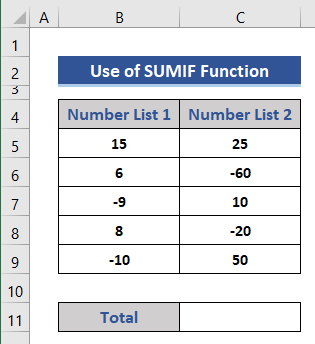 We will apply a condition within the SUMIF function. That is the sum of the positive numbers from list 1. From list 2, we will sum the negative numbers. Then, add both results and finally apply ABS operation on the previous result.

Here, >0 is applied for positive numbers and <0 for negative numbers. 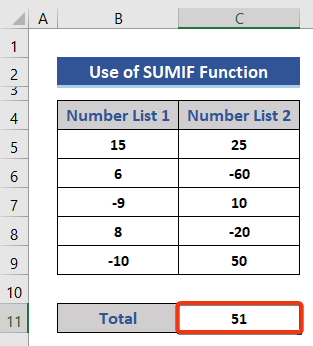 Read More: Opposite of ABS Function in Excel (5 Suitable Examples)

6. Sum Absolute Value with a Function in Excel VBA

In this section, we will use the VBA macro code to sum absolute value. We will make a customized function using the VBA code to do this. 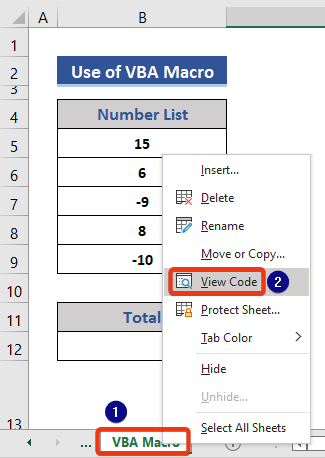 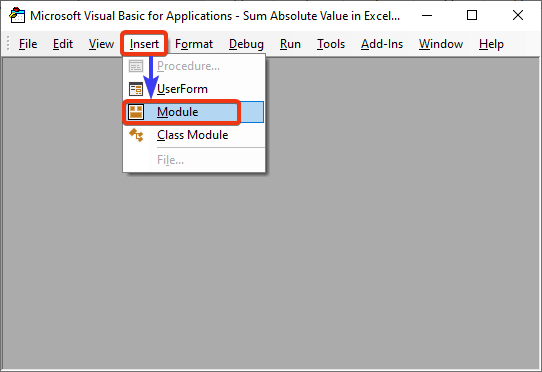 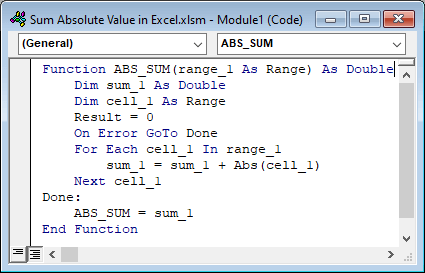 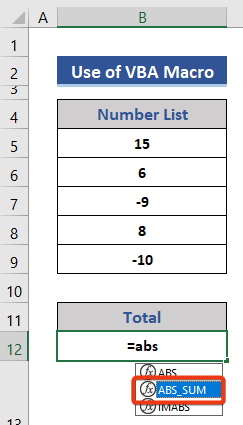 We can see the newly created function appears here. 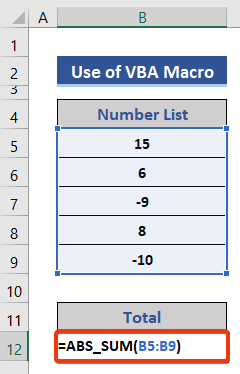 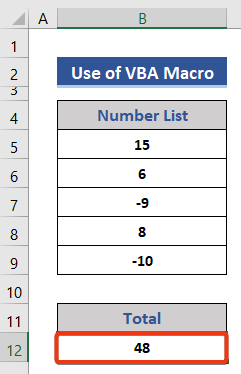 In this article, we described 6 ways to sum absolute value in Excel. We also added a VBA code to perform the task. I hope this will satisfy your needs. Please have a look at our website ExcelDemy and give your suggestions in the comment box.