Flash Fill Not Recognizing Pattern in Excel (4 Causes with Fixes)

Let’s say, we have Full Names comprising First, Middle, and Last Names. And we use the Flash Fill feature to get various name types from the Full Name entries. 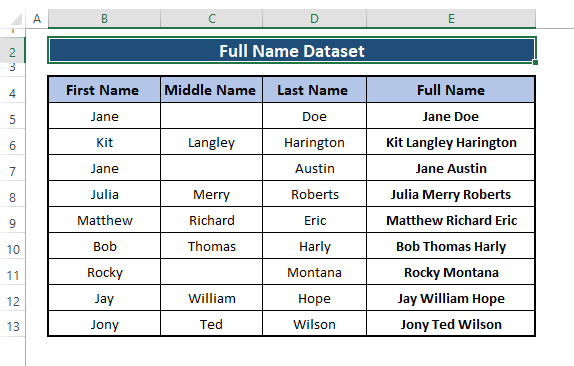 Excel Flash Fill is a feature or tool that analyzes entries when users enter them and fills the data after recognizing a pattern automatically. Excel offers Flash Fill feature from Excel version 2013 and onwards.

In order to apply Flash Fill, Go to the Date tab > Select Flash Fill (from the Data Tools section). 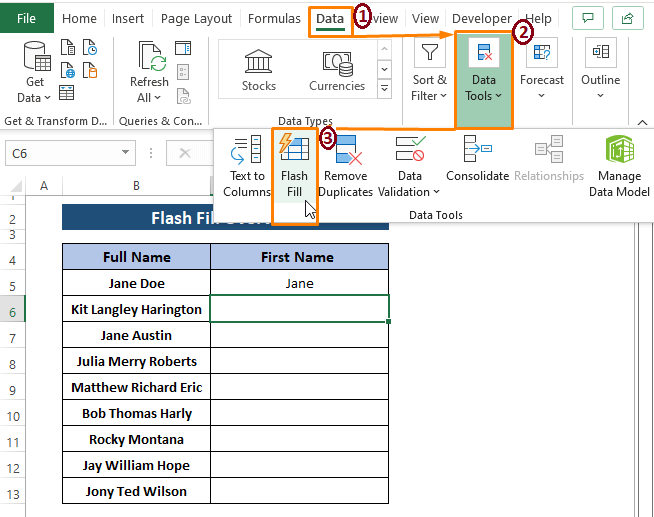 There is also an alternative to executing the Flash Fill feature. Hover to the Home tab > Select Fill (from the Editing section) > Choose Flash Fill from the options. 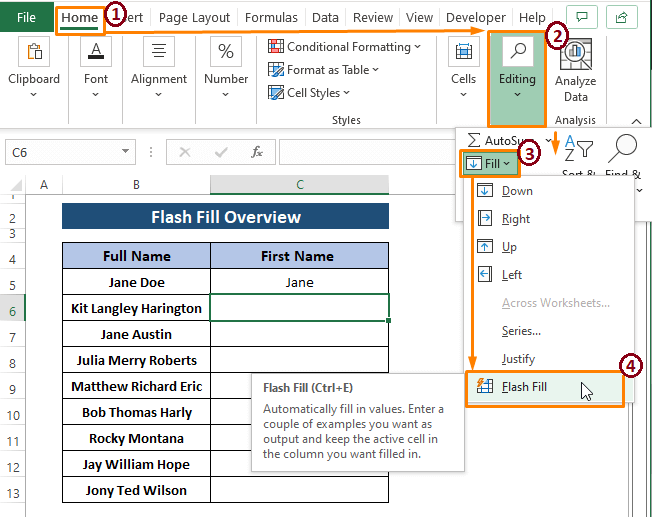 After selecting Flash Fill the other cells get filled up automatically with the First Names as Flash Fill recognizes the pattern. 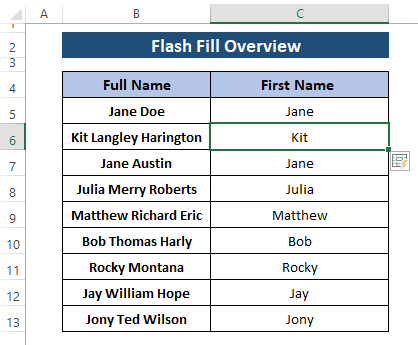 We can apply Flash Fill just by pressing CTRL+E altogether. So, the nature of Flash Fill is that it first analyzes the inputted data pattern then fills the rest of the data complying with the pattern. However, in some user ill-handled cases, Flash Fill shows a notification that it fails to recognize any pattern entry or entries. In the latter sections, we demonstrate ways to resolve the issue.

Read More: How to Turn Off Flash Fill in Excel (2 Easy Methods)

4 Ways to Resolve Flash Fill Not Recognizing Pattern in Excel

Normally Excel’s Flash Fill fills data maintaining a pattern. But if we have data with random patterns, Flash Fill finds itself in difficulties to mimic the pattern. 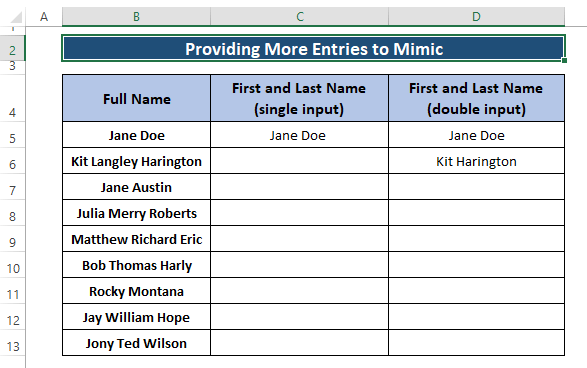 ➤ Follow any of the ways to apply the Flash Fill feature shown in the Excel Flash Fill section for a single input type column. 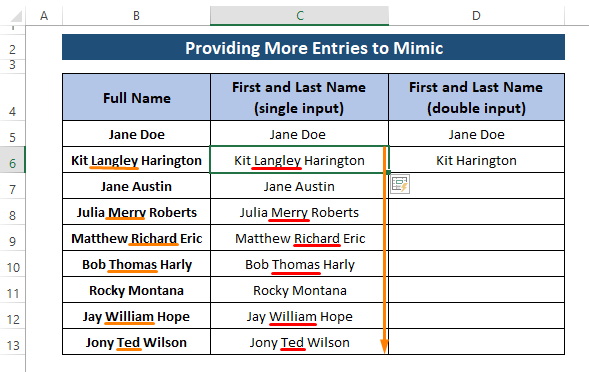 ➤ Now, apply the Flash Fill operation for the double input type. You see this time Flash Fill ignores the middle names that exist in the Full Name column and fills the data with desired outputs. 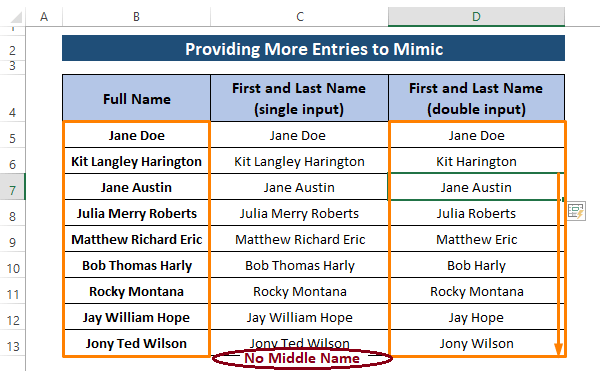 Now, we want to execute the Flash Fill tool and we provide sufficient entries to mimic the pattern. Nevertheless, Flash Fill shows an error window saying it looked at all the data next to the selection and didn’t see a pattern in the value…. 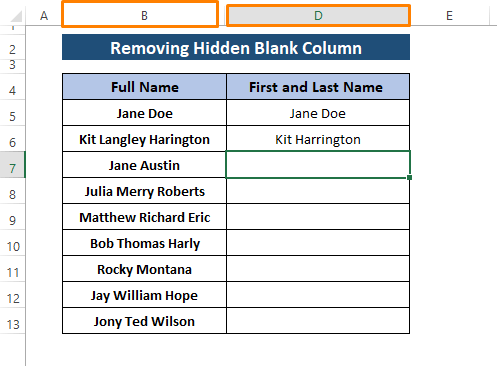 ➤ Select both columns by the Column Number Header then Right-Click on the selection. The Context Menu (use SHIFT+F10) appears. From the Context Menu, Select the Unhide option. 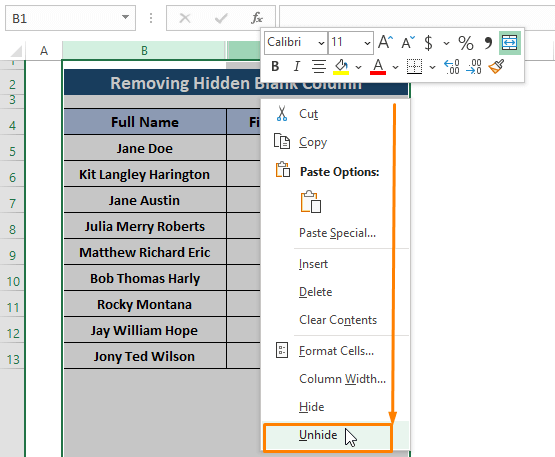 In a moment the blank hidden column appears as shown in the following picture. 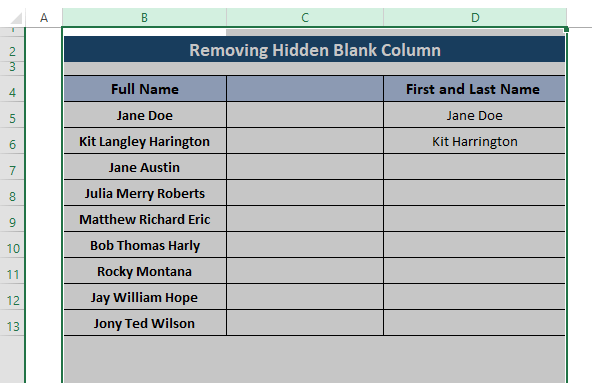 ➤ Just Type anything (i.e., First Name) on the column (i.e., Column C) header. After that apply the Flash Fill, you’ll see all the cells get filled with the First and Last Names as depicted in the image below. 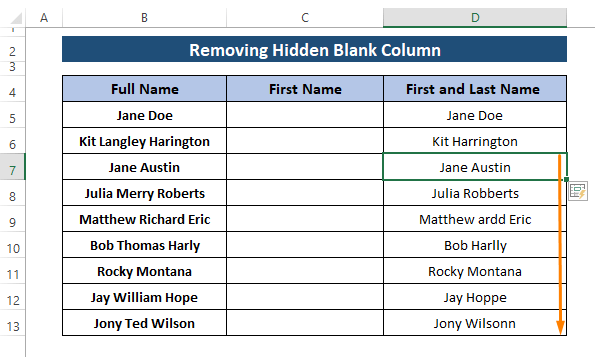 You can delete the hidden column and after that can apply the Flash Fill. When working with a huge dataset with numerous columns it’s normal to hide 1 or 2 columns for data representation. As a result, these hidden blank columns pose an issue applying the Flash Fill feature in datasets.

Read More: How to Fill Down Blanks in Excel (4 Quick Methods)

Method 3: In Case of Existing Entries in Rows

For better representation, we demonstrate methods with a couple of entries. However, in reality, the number of entries is numerous and it’s normal to overlook some of them while applying features.

Suppose we want to apply Flash Fill in our Full Name Dataset. But there is an existing entry that we overlooked as shown in the below screenshot. In reality, there will be 100s of rows, and maybe 1 or 2 entries will be present in the column prior to the Flash Fill application. 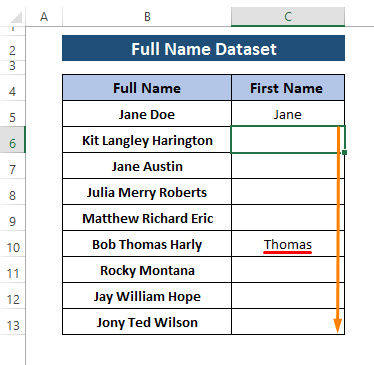 Oblivion of the existing entries, we execute Flash Fill and find irrelevant outcomes as depicted in the picture below. 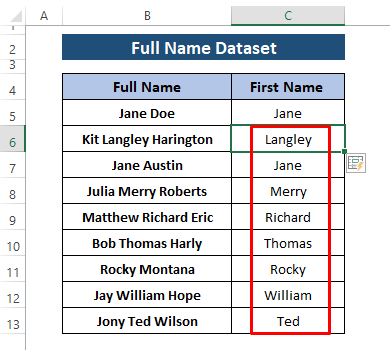 We want the First Names in the First Name column. But as there was an existing Middle Name (i.e., Thomas) present prior to our Flash Fill application, Excel returns an amalgamation of First and Middle Names. And the outcomes are misleading to the core.

➤ To make the Flash Fill work properly, Clear all the contents in the cell except the 1st one. Go to the Home tab > Select Clear (from the Editing section) > Choose Clear Contents. 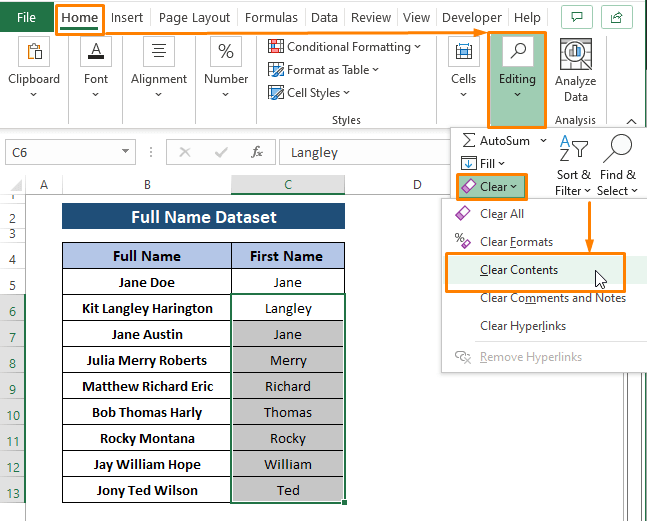 The Clear Contents command removes all the entries and leads to a scenario similar to the image below. 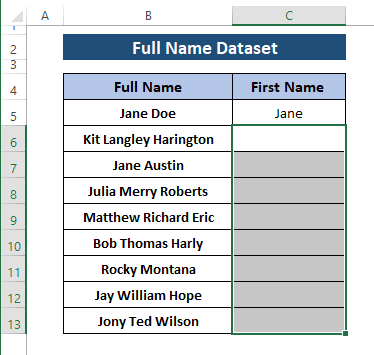 ➤ Apply the Flash Fill following one of the ways shown in the Excel Flash Fill section. You get all the First Names in the way depicted in the picture below. 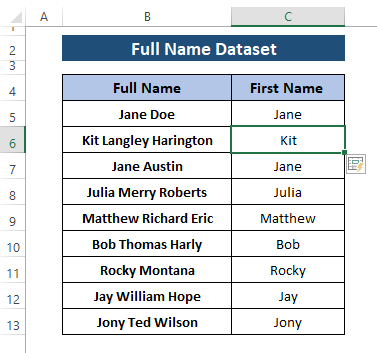 Not necessarily you have to apply Flash Fill for just First, Last or Middle Names. You can use it to fill any type of data having a pattern in its entries.

Read more: How to Repeat Rows a Specified Number of Times in Excel

➤ Go to the File ribbon. 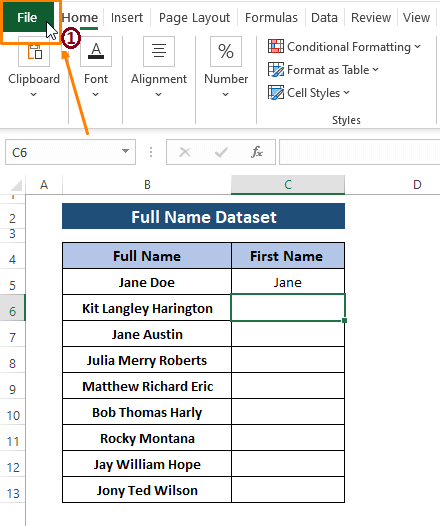 ➤ In the File ribbon options, Select Options (in the left side of the window) > Choose Advanced (from Excel Options window) > Check the Automatically Flash Fill option > Click OK. 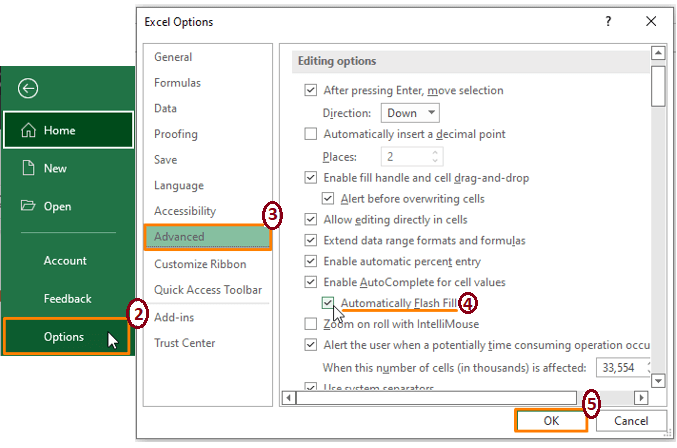 ➤ Now, after returning to the dataset, apply Flash Fill. You’ll get the desired result as it is supposed to be. 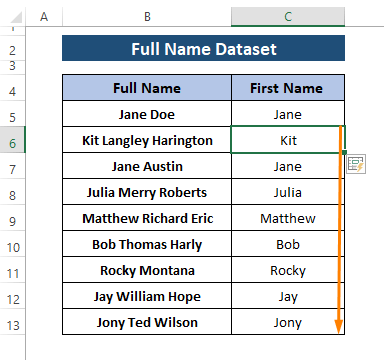 In this article, we discuss Excel’s Flash Fill feature and ways to resolve the Flash Fill not recognizing the pattern issue. Providing insufficient entries, keeping hidden blank columns (if there are any), and any existing entries are the main cause of the Flash Fill issue. Hope you have a lucid idea of what not to do or have during the Flash Fill application in your dataset after going through this article. Comment, if you have further inquiries or have anything to add.