We work with texts and numbers in our Excel worksheet all the time. And sometimes, we may want to exchange the texts with numbers for various reasons. In this article, we will show you the suitable examples of applying an Excel Formula to Replace Text with Number.

5 Suitable Examples of Excel Formula to Replace Text with Number

To illustrate, we’ll use the following dataset as an example. For instance, the below dataset has a text ‘to’ in the B4:B8 array. Here, we’ll replace it with the number ‘2’. 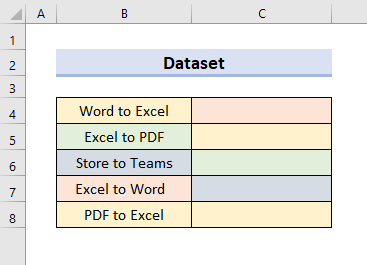 1. Excel Formula with SUBSTITUTE Function to Replace Text with Number

In our first example, we’ll use the SUBSTITUTE function. This function replaces an old text in a text string with a new text as specified in the argument section. Therefore, follow the steps below to perform the task. 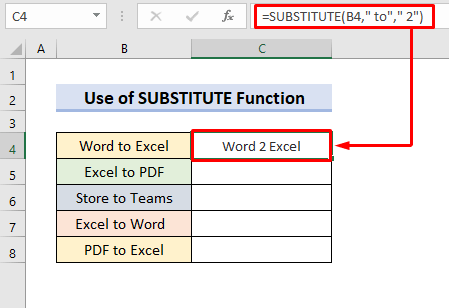 NOTE: The SUBSTITUTE function looks for ‘to’ (old text) in cell B4 and replaces it with ‘2’ (new text). 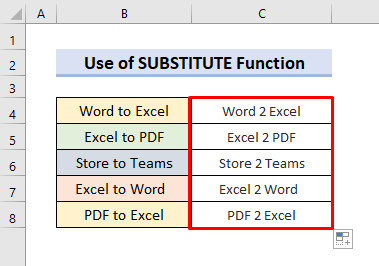 However, if we have more than one text in a single text string that we want to change, we can apply the nested SUBSTITUTE formula. Nested formula means using the SUBSTITUTE function more than once to create the formula. In the below dataset, we want to exchange ‘one’ and ‘to’ with ‘1’ and ‘2’ respectively. So, learn the following steps for creating Excel Formula to Replace Text with a Number. 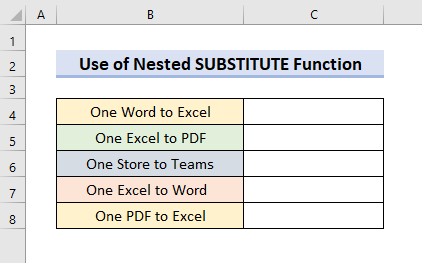 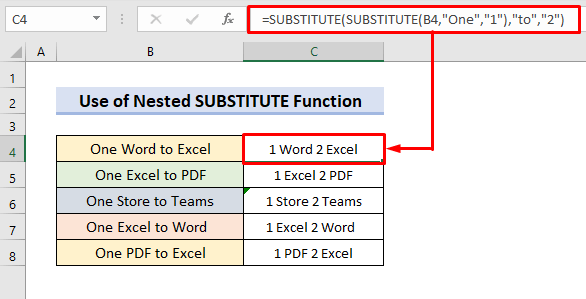 The SUBSTITUTE function replaces ‘One’ with ‘1’ in cell B4.

Finally, this SUBSTITUTE formula replaces ‘to’ with ‘2’ in the output of SUBSTITUTE(B4,”One”,”1″).

Moreover, we can use another Excel function called REPLACE function for substituting text with a number. This function looks for the starting position and the number of characters from that position in a text string. And then, change the characters with a specified new one. Hence, follow the below process to carry out the operation. 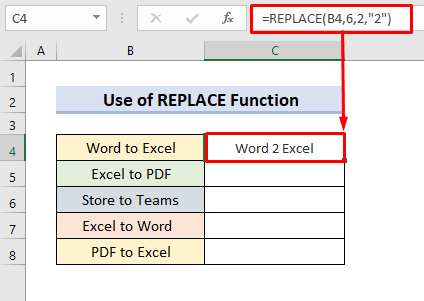 NOTE: You can’t use AutoFill in this case as the starting position is different for different cells.

Read More: How to Replace Text after Specific Character in Excel (3 Methods)

In the previous example, we couldn’t use AutoFill as the starting position is different in each cell. To get rid of the shortcoming, we can introduce the FIND function. This function searches for a specific text in a text spring. Now, learn the following process for applying Excel Formula to Replace Text with Number. 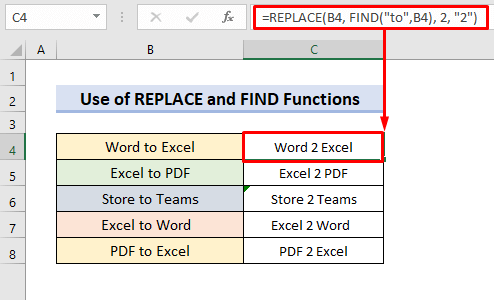 The FIND function seeks the starting position of ‘to’ in cell B4 and returns 6.

Lastly, the REPLACE formula substitutes ‘to’ with ‘2’.

Read More: Excel VBA to Find and Replace Text in a Column (2 Examples)

Additionally, we can create a nested REPLACE formula if we have more than a single text to substitute. Therefore, follow the procedure to perform the task. 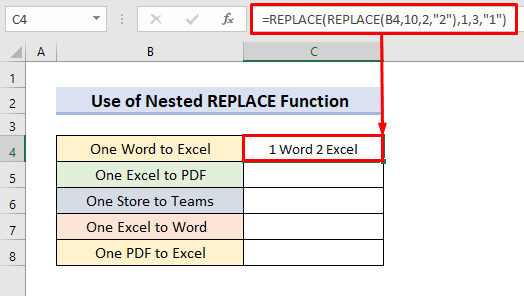 NOTE: As the starting position doesn’t match in every cell, we can’t use AutoFill.

The REPLACE function substitutes ‘to’ in cell B4 with ‘2’.

We can also use Excel ‘Find and Replace’ feature for exchanging text with a number. Hence, learn the steps to carry out the operation. 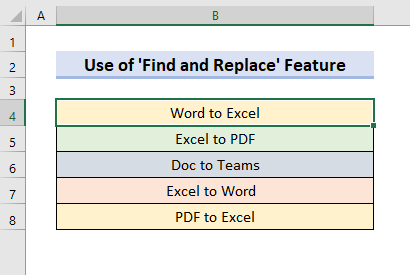 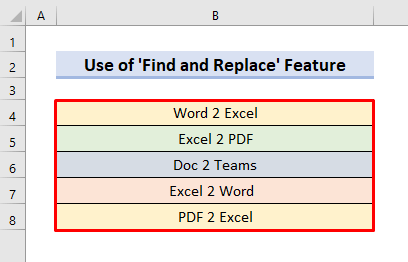 Henceforth, you will be able to apply Excel Formula to Replace Text with Number following the above-described Examples. Keep using them and let us know if you have any more ways to do the task. Follow the ExcelDemy website for more articles like this. Don’t forget to drop comments, suggestions, or queries if you have any in the comment section below.

How to Truncate Text After Character in Excel (4 Suitable Ways)

How to Get Remainder in Decimal in Excel (3 Suitable Ways)

How to Calculate Option Greek Delta in Excel (with Easy Steps)