How to Separate Numbers in Excel Using Formula (5 Ways)

Sometimes we may need to separate or get only numbers from any text and number combined input. Without doing this manually Excel provides various ways to separate numbers from any dataset. In this article, I will show several methods to Separate Numbers in Excel by Using formulas in different cases.

Let’s think we have a dataset of MS office names. We know that for every MS office version there is a year or number to specify the office version like MS Office 2019. Now I will show how to get only the numbers from the given dataset using a formula. In our formula we will need RIGHT, LEN, MIN, FIND functions. Let’s talk about those functions first.

This is one of the most used functions to search for something in Excel. In the first portion of the parameter of the function, we need to pass the value or text which we want to find out. Then secondly we need to pass the range where we will search the value. Lastly, we can specify the starting number or value which is optional.

Another function is LEN which takes any text its a parameter and counts the characters in the given input text then returns the number of characters.

This function returns the last character or characters in a text string, based on the number of characters from our specified input text. The text string contains the characters we want to extract which is optional.

This is the same as the RIGHT function. All the parameters required value is also the same but here instead of returning the last character, it returns the first character of the input text. 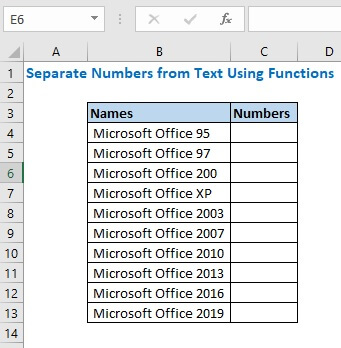 Step 1: Enter the below formula in cell C4.

After finding the starting number position using RIGHT and LEN functions we are extracting the numbers from the given text. 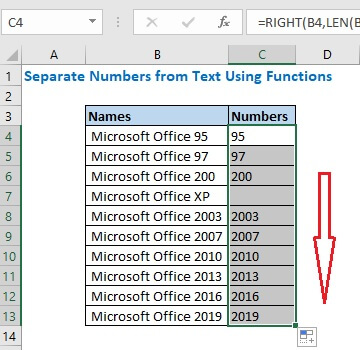 In this example, the numbers were on the right side of the input text. Now let’s see if the input text is on the left side. For this let’s consider the dataset like this: 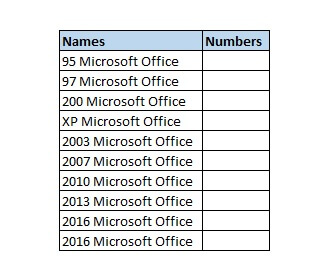 Step 1: Enter the formula in the first cell and copy down the formula.

For getting the numbers of the right side of the given text we need four functions which are LEFT, SUM, LEN, SUBSTITUTE.

Using this part we will just find out the number from the given text.

Read More: How to Separate Numbers in One Cell in Excel (5 Methods)

Assuming that we have a dataset of some person dataset where their ID is attached with their names in a single column. Now our task is to separate the ID numbers from there that column and show them in another single column named ID. 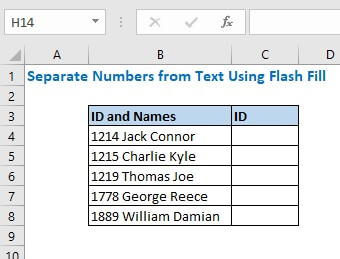 Step 1: Firstly, enter the numbers of cell B4 in cell C4. 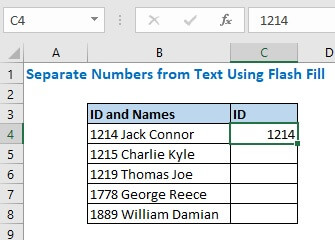 Step 2: Go to the cell below and try to type the number of cells B5 then automatically all the numbers will be shown up. Just press Enter. 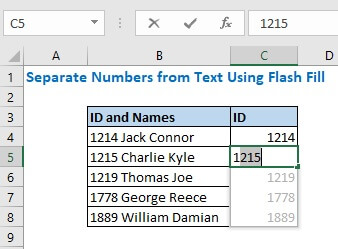 Step 3: All the numbers will be filled up automatically. 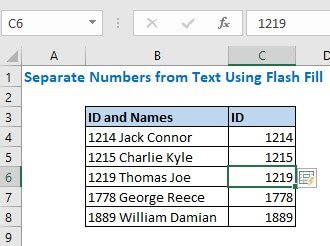 Step 4: This process is also applicable if the numbers on the right side. 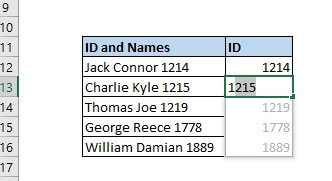 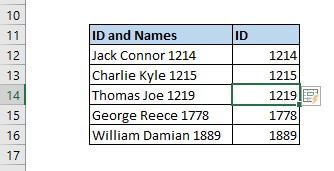 We can use the same formula for decimal numbers too which was used in the first method. Let’s try this using the same example and formula but here instead of using integers we will use decimal numbers as well.

Step 1: Change the numbers which were used in the previous method and see the changes. 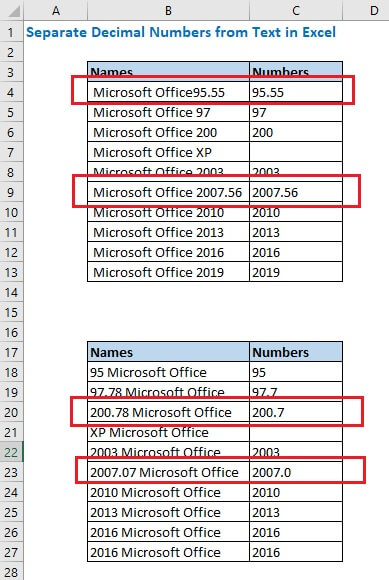 From the above picture it is visible that using this formula:

We can extract not only integer values but also decimal values from any given input string.

Let’s think we have a dataset of some person’s name and ids in a single column. The formation of that column is Name ID. Now I will show how to extract an ID from that column and post it to another column. 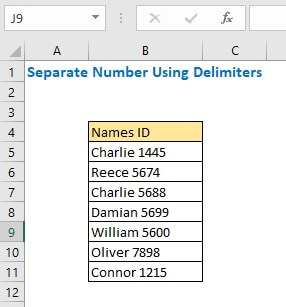 Step 1: Select the column and go to the Data tab. Then select the Text to Columns section. 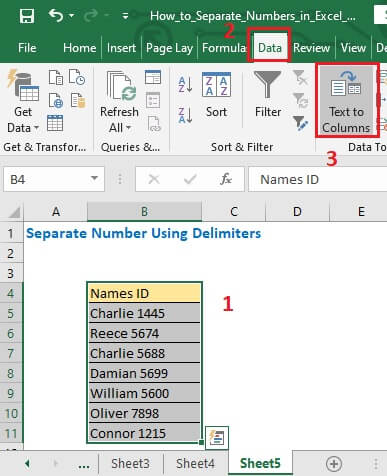 Step 2: Then it will open a window. Select the Delimited option then click on Next. 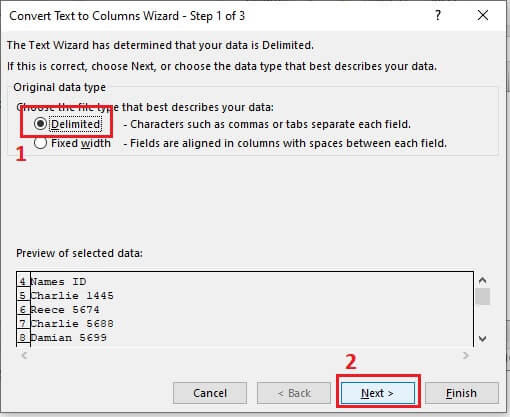 Step 3: Make sure Space is clicked then press the Next button. You can also see Data Review know how your data will be after pressing on Next button.

Step 4: In this section, you can change the Data Format of the new column. After that press Finish.

Step 5: Then all the data will show as per our requirement. 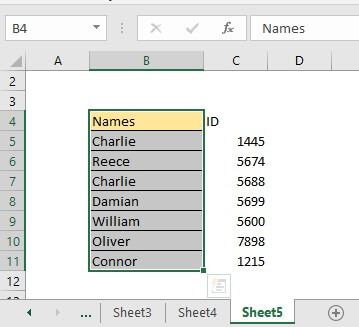 Read More: How to Separate Text and Numbers in Excel (4 Easy Ways)

In Excel, we can easily modify functions or make our own functions as per our needs easily using VBA code. In this method, I will show to separate any numbers from given input text with our own user-defined function using VBA code. For this method let’s assume we have a dataset of some input string. 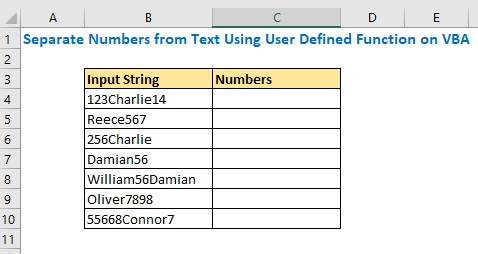 Step 1: First go to the Developer option then click on Visual Basic or use Keyboard shortcut Alt + F11. 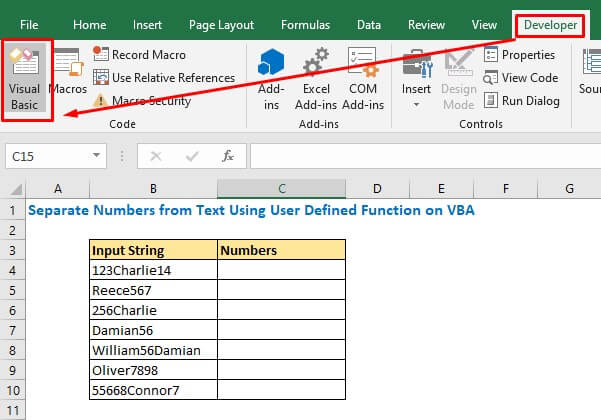 Step 3: Enter the following code on the Module. 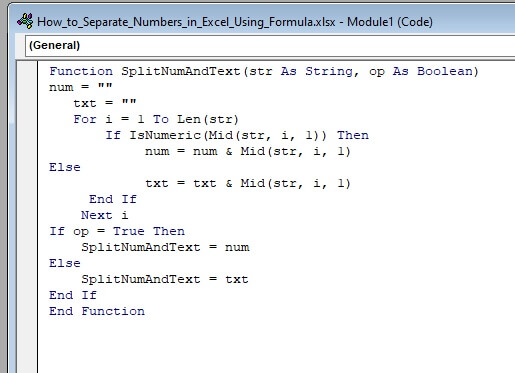 It will be too long if we want to explain every line properly. But here I will explain the main point in the codes.

Step 4: Go to the worksheet and enter the below formula in cell C4. 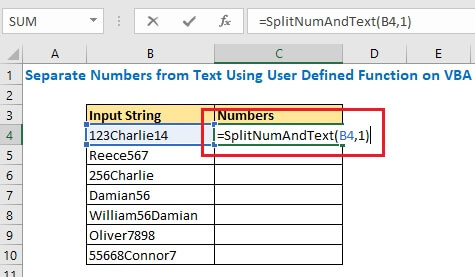 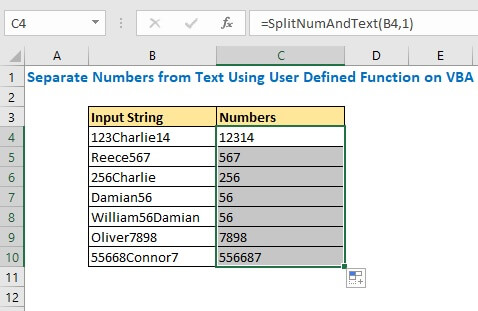 Read More: How to Separate Numbers From Text in Excel VBA (3 Methods)

These are the ways to separate numbers from any string in Excel. I have shown all the methods with their respective examples. Also, I have discussed the fundamentals of this function and the most commonly used format codes of this function. If you have any other method of achieving this then please feel free to share it with us.

How to Create Employee Attendance Sheet with Time in Excel

How to Calculate Future Value in Excel with Different Payments