How VBA works in Excel

VBA is the most complex feature in Excel. If you have a background in the object-oriented programming language like C++, Java, or any, you can grasp the VBA idea easily. Before going into details, here is a concise summary of how VBA actually works: 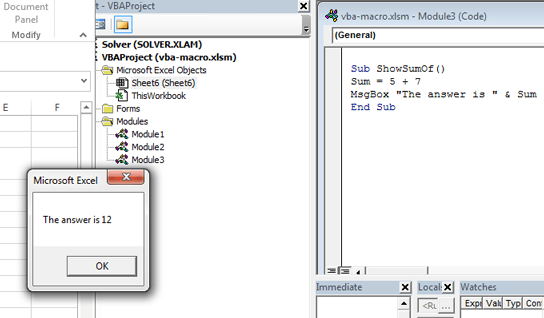 The message box pop up when we run the ShowSumOf macro

We have described VBA in a nutshell. We shall enter into details step by step in the next articles. We shall develop some real-time projects with VBA. This is a long journey to be an expert in VBA. Keep in touch.