Flash Fill is one of the most important features newly added in Excel 2013. Flash Fill technique can recognize a pattern in a text and you can separate part of a text in a new column using this pattern recognition capability of Flash Fill. The beauty of Flash Fill is that separation happens within a flash and does not need any kind of formula.

Note 2: Flash Fill feature can also be used to create new data from multiple columns. To do this, just provide a few examples of how you want the data combined, and Excel will figure out the pattern and fill in the column automatically. Using Flash Fill to create data seems to work much better than using it to separate data. But then again, it’s also easier to create formulas to create data from existing columns :).

Flash fill uses pattern recognition to separate data. For example, say you have a column that contains text in several rows.

The following image shows a worksheet with some text in a single column. Our goal is to extract the number part from each cell and put these numbers into a separate column. The Text to Columns Wizard can’t do this separation because the space delimiters aren’t consistent. 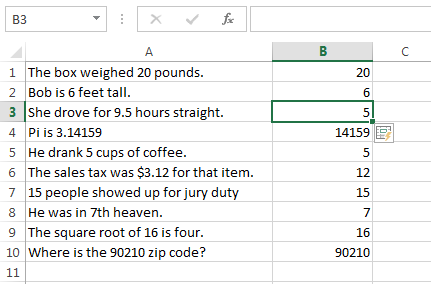 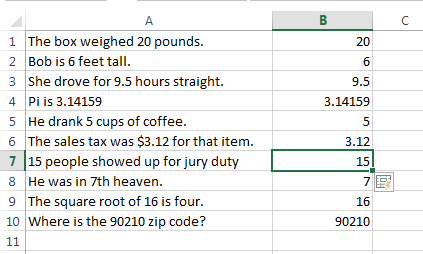 How to Make a Blank Calendar in Excel (Download Free Template)

How to Display References Dialog Box in Excel

How to Create a Weekly Calendar in Excel (3 Suitable Ways)