In this article, I am going to give an overview of available ActiveX controls that you can use in your worksheet. After reading this article, you will know how to use them and their important properties.

ActiveX control CheckBox and its properties

A CheckBox control is useful when you need to know whether the choice is yes or no, TRUE or FALSE, on or off, and so on.

The following two are the most useful properties of CheckBox control:

See the figure below. I have placed three CheckBoxes. Caption, Accelerator, and LinkedCell properties have been changed in the Properties window.

ActiveX control ComboBox and its properties

The following are the most useful properties of ComboBox control:

See the figure below; a ComboBox control is shown. 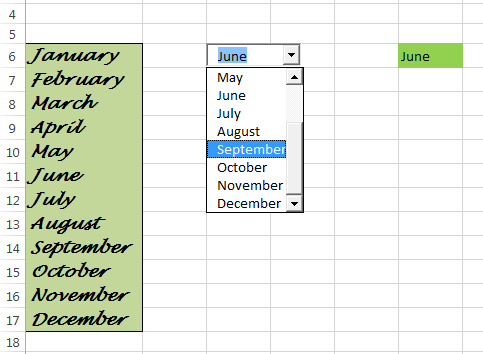 For example, say your CommandButton name is MyButton. You want to execute a macro when MyButton is clicked. So the procedure name will like this: MyButton_Click. This macro is stored in the relevant worksheet code module.

The above macro will be activated when I click the CommandButton shown in the following figure. 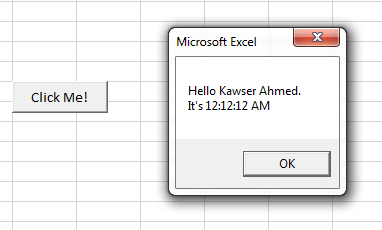 ActiveX control Image and its properties

An Image control displays an image in the worksheet.

These are the most useful properties of an Image control:

An Image Control with an image. AutoSize is TRUE.

A Label control simply displays text. This control isn’t very useful to display text on a worksheet. A TextBox control can give you more flexibility.

A Label Control on a worksheet.

ActiveX control ListBox and its properties

A ListBox control displays a list of items. The user can select one or more items from the list. It’s similar to a ComboBox. The differences are: 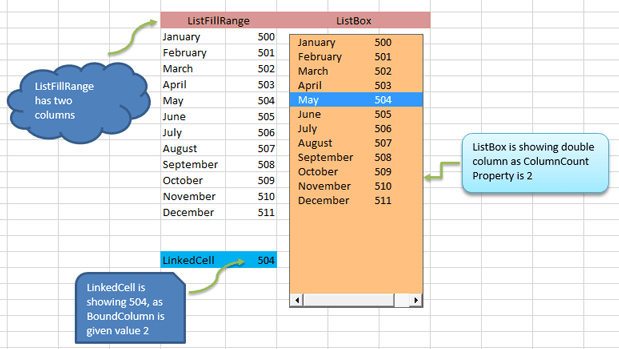 The most important properties of ListBox are described below:

Note: If you select the MultiSelect option for your ListBox, you can’t use the LinkedCell property.

ActiveX control OptionButton and its properties

OptionButton controls enable the user to select from a small number of items. OptionButtons are always used in groups. At least two OptionButtons will make a group. 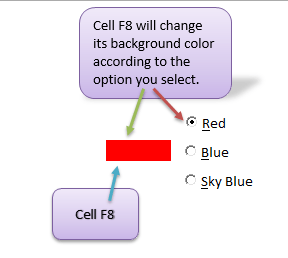 If you select Blue, cell F8 will be Blue, and so on.

The most important properties of OptionButton are described below:

ActiveX control ScrollBar and its properties

A ScrollBar control is useful for specifying a cell value from a wide range of data.

The most important properties of OptionButton are described below:

Read More: Why We Use Form Controls on a Worksheet?

ActiveX control SpinButton and its properties

With a SpinButton control, a user can select a value by clicking the control. This control has two arrows: one to increase the value and the other to decrease the value. You can place this control in your worksheet either horizontally or vertically. 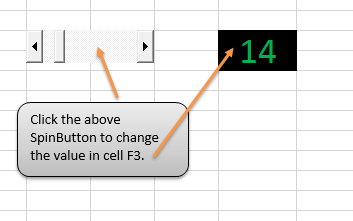 SpinButton placed horizontally in the worksheet.

The most important properties of SpinButton control are described below:

ActiveX control TextBox and its properties

A TextBox control is more useful as an output control than as input control. You can use a general worksheet cell to take text data. Because a TextBox control provides scroll bars, you can display a big chunk of text data in a small area using this control. 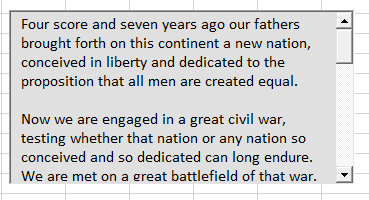 The most important properties of SpinButton control are described below:

A ToggleButton control has two modes: on and off. ToggleButton changes its mode and appearance from on to off or off to on when it is clicked. Its value is either TRUE(pressed) or FALSE(not pressed). ToggleButton can be used in place of CheckBox control.

So this is all from me on this topic. Don’t forget to download the sample file and let me know you face any difficulties using this article and the file.