What is an Argument in Excel with Example

Functions with a Single Argument

Arguments are mostly referred to individual cells but it also includes cell ranges. Below is an example of a function with a single argument.

Here we used the function UPPER which takes text-string as an argument. It accepts a single argument as input and converts the lower case letter into the uppercase letter.

Here the argument is a text-string placed in cell A1.

Read More: How to Use the Select Case Structure in Excel VBA

If you want to use multiple arguments in a function you need to use coma in between them. Suppose you want to calculate the average and sum of two columns. You can either use the single argument with range or you can use two arguments where you can define the two ranges separately like, =AVERAGE(A1:A6,B1:B6) & =SUM(A1:A6,B1:B6). 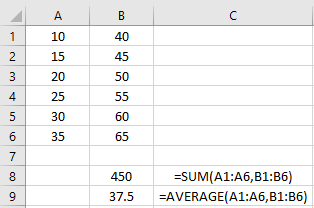 Here, (A1: A6, B1: B6) are the arguments for AVERAGE and SUM functions. As there are multiple arguments, they are separated by commas in between them.

You can see the below example which uses three arguments. The function is the TIME function and it uses hour, minutes, and seconds as arguments.

There are some functions that use some arguments as optional.

This is the syntax of NETWORKDAYS function:

The green-colored [holidays] argument is the optional one here. An optional argument is put into the third bracket in Function syntax.

Here we used the formula =NETWORKDAYS(A2,B2,7) to calculate the number of working days between two dates. We used the number 7 as an optional argument which indicates that Saturdays and Fridays are considered as weekends.

If we write this formula in this way =NETWORKDAYS(A2,B2, without the 3rd argument (the optional one), this formula will give you the total workdays between two dates considering Saturdays and Sundays as the weekends.

Functions with No Arguments

Though most functions use arguments, Excel has some predefined functions that don’t use any arguments, such as RAND(), TODAY(), and NOW().

Finding The Value of Nested Functions

To find the values of the nested functions which are used as arguments for a different function you just need to press F9 after pressing the argument of the main function. Follow the pictures below to see what exactly is done.

Here firstly we select the first argument of the main function. In the second picture, we just press the F9 of the keyboard button. It showed the specific result for that argument. You can even use this procedure for single functions also.

How to Insert Arguments in Excel

There are two ways in which you can insert arguments in Excel.

Read More: What You Can Do with VBA

Typing Function Directly in a Cell

In this way, if you want to use any function in any specific cell, select that cell and start writing the function name with a “=” sign in the beginning. While you write the function name in Excel you will see what kind of arguments it can accept within the parenthesis. The picture below shows how to write a function with arguments in Excel. 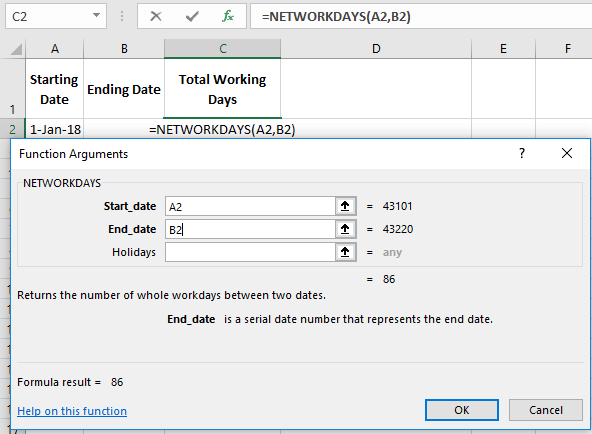 The best part of using the function argument dialogue box is, you can insert the arguments by knowing them properly. So before inserting any arguments, you actually know what you are performing.

Types of Arguments in a Function

Excel accepts many different kinds of inputs as arguments depending on the functions you want to use. Most of the arguments in Excel are numeric data as people vastly use Excel for numeric calculations. But it also accepts other data types. The types of arguments that are used in Excel are given below.

Excel VBA Functions with No Arguments

Choose File ➪ Options ➪ General to see this section. The following is a simple example of a custom function that has no arguments. This function returns the UserName property of the Application object. This name appears in the Personalize your copy of the Microsoft Office section of the Excel Options dialog box. This function is very simple, but it is the only way you can get the username to use in a worksheet cell or formula.

When you enter the following formula into a worksheet cell, the cell displays the name of the current user:
=OfficeUserName()

When you use a function with no arguments, you must include a set of empty parentheses.