Exponential Notation E in Excel & How to Turn Off Auto Scientific Notation!

This article will first introduce you to the scientific number system and number precision definition. Then you will know about the highest and lowest number limitations in Excel. At the end of the article, I have narrated how you can turn off / stop auto scientific notation in Excel.

Let’s start today’s post thinking about a few questions. How big a number can Excel handle? Or how many types?  Or with what precision can it report statistics to its users.

First, we will discuss a few examples of these situations:

To use these types of numbers conveniently, you can express them in scientific notation.

So, you will express the movement with an E. 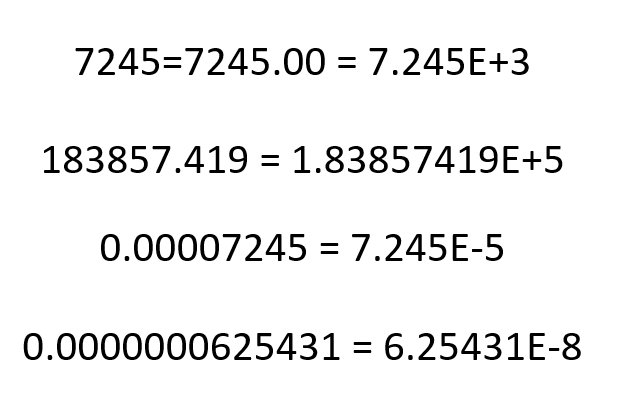 What is Number Precision?

Considering the same numbers 7.245E+3 number’s precision is 4 as it is showing that many digits.

What can Excel handle

The largest positive number that you can store in a worksheet cell is 9.9E+307.

It is 99 then three hundred and six zeros. It is an extraordinarily large number, of course.

The smallest negative number you can store in a worksheet cell is -9.9E-307. It is minus zero point three hundred and six zeros, and then 99.

Click on the image to get a full view.

Excel’s numbers are precise up to 15 digits.

There are 18 digits of this number.

When I hit enter, the number gets converted to scientific notation. You can see how Excel understood it by looking at the formula bar. There are 15 digits intact but the last 3 digits are converted to zeros.

Here is another number 20 digits long this time. 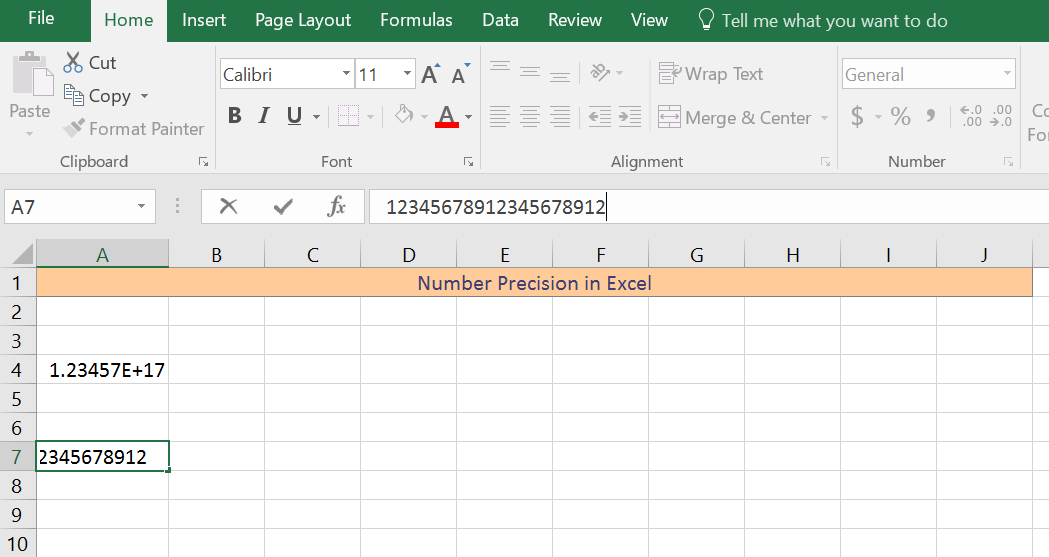 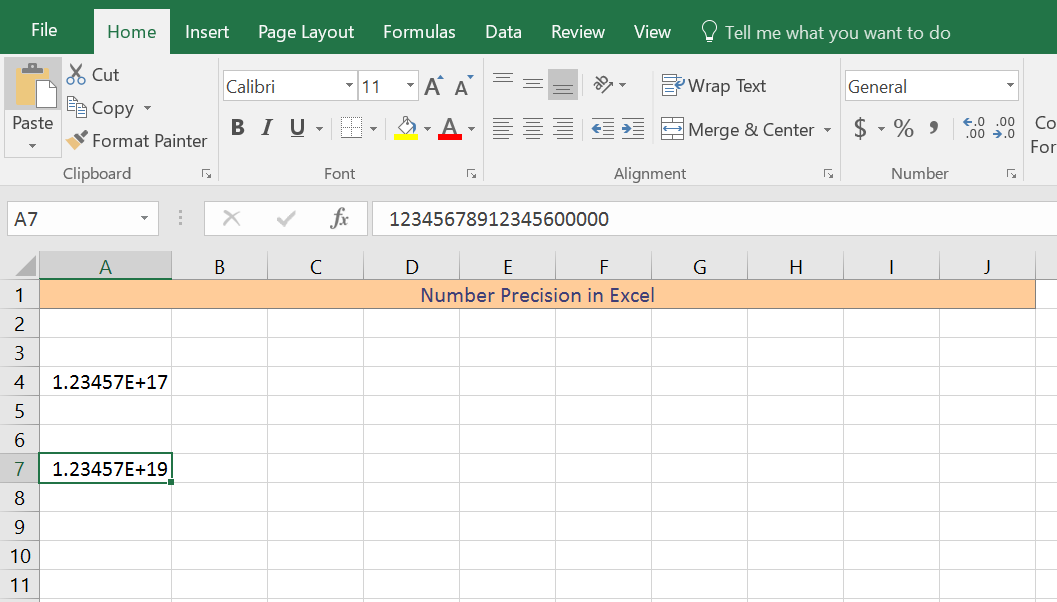 To see how the number is saved, select the cell. You see, the first 15 digits are intact again and the rest 5 digits are transferred to zeros.

So, if you save a number that has more than 15 digits, then remember that the result based on this number will not be as accurate as you may expect. This precision may seem quite limiting, but in practice, it rarely causes any problem.

Turn off scientific notation in Excel

So, Excel automatically turns a number in scientific notation if the cell width is not sufficient for the number.

Sometimes, you might want to stop this auto converting of numbers into scientific notation.

How can you do that?

Simply select the cell where the scientifically noted number sits. And format the cell with Number format. 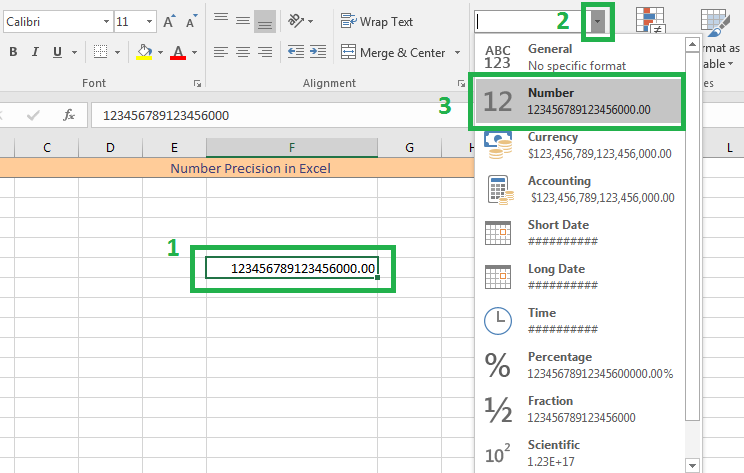 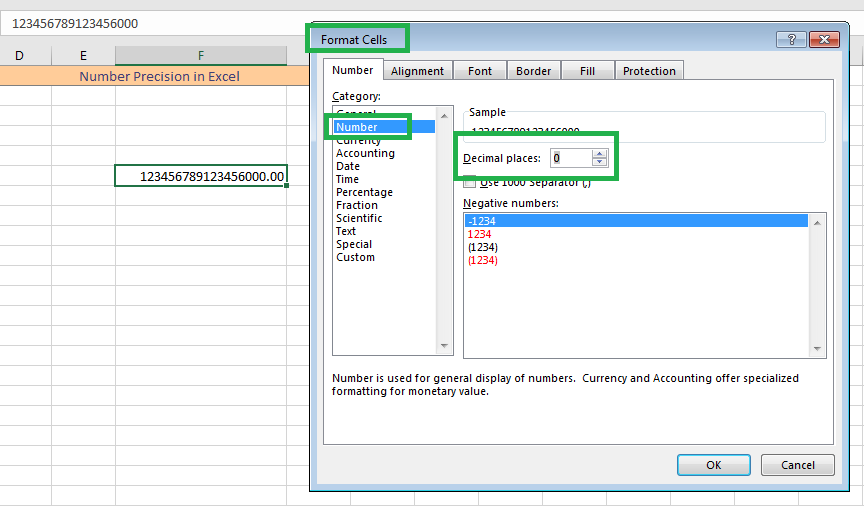 So, this was number theory folks, stay tuned for some more Excellence.

How to Create Excel Drop Down List with Color (2 Ways)